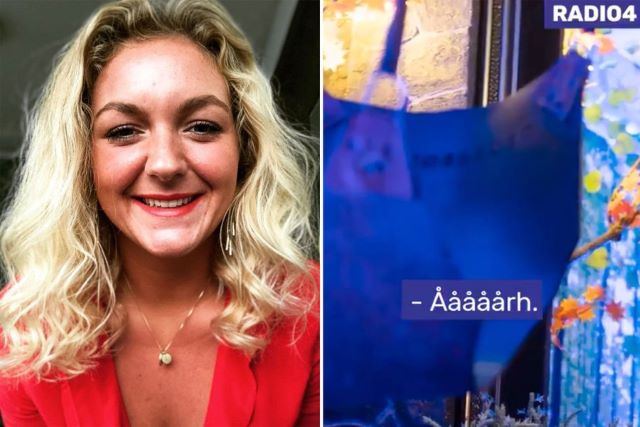 Nowadays everyone is always having a go at journalists for not doing their jobs properly. Rather than just report the facts, journalists will make clear their bias, fail to ask the big questions, and so on and so forth.

Well finally there’s a ray of hope out there in the form of Danish journalist Louise Fischer. This absolute hero was tasked with investigating the reopening of a swingers club near Copenhagen – controversial because of Covid and all.

As reported by the NY Post, not only did 26-year-old Louise cover the story, she got properly stuck in by interviewing one man… while having sex with him! Louise could be heard moaning during the on-the-record intercourse, part of a two-minute segment that aired on Radio 4 in Denmark.

At one point during the segment, full of sounds of moaning and bodies slapping, Louise asks the man she is having sex with if he can tell her what he’s seeing and he responds a “delicious woman”. What a line!

Listen for yourself below (warning – NSFW, obviously):

What were her boyfriend’s and parents’ thoughts on the interview?

I don’t have a boyfriend, that definitely made it a lot easier.

My mother just thinks it’s funny and laughs, my father thought it was really cool.

I see! Dad thought it was ‘really cool’. O…K then.

Well anyway, big up Louise again for not only getting the full story, but also becoming the story, which is another complaint that people have against journalists these days, but I think we can forgive it in this case. Listen and learn, fellow journos.

For the 22-year-old legend who duped the world media into publishing a fake story about him mortgaging his parents’ house to buy stock, click HERE. Very well played.