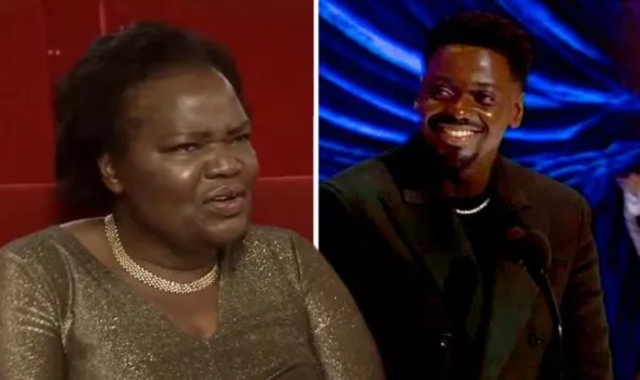 Daniel Kaluuya was great in Get Out, Black Mirror and everything else he’s been in, so you’d think as an actor he would have a decent speech prepared for last night’s Oscars in which he was nominated for Best Supporting Actor.

Sure enough, Daniel won the gong for his role as Black Panther Party chairman Fred Hampton in Judas and the Black Messiah, and this is what he had to say:

Daniel Kaluuya: “My mom, my dad, they had sex, it’s amazing”

Lol – love his mum’s reaction there. What an absolutely savage move thanking his mum and dad for having sex all those years ago. His mum was squirming so hard. I’m sure there must’ve been a more subtle way of expressing that sentiment to his parents but I guess the moment just got to him. No doubt his mum bashed him over the head with her purse when they met up later.

Is that gonna live on? I think that’s pretty obvious that all of our parents had sex. What’s going on?

It just came out of my mouth. My mum’s probably going to text me some stuff about that, but here we are.

Um yeah Daniel, it’s gonna “live on” anytime you talk about your parents having sex on national television during the biggest moment of your career. The good news is he’ll win a lot more awards in the coming years so no doubt he’ll get better at this whole Oscars speech thing. Have to say we’re all pretty glad his parents had sex too. Go Daniel Go!

To watch the seriously grim alternate ending to ‘Get Out’, click HERE.