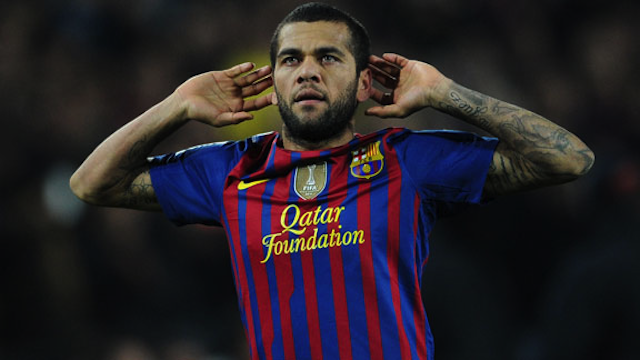 This is the perfect way to deal with racism. Mad props to Dani Alves.

As we all probably know, racism is an ugly issue in football and Spain are some of the worst offenders, with crowds regularly making monkey noises and throwing bananas on the pitch at ethnic players.

Last night Barcelona were playing Villarreal away when Brazilian right back Dani Alves became the latest victim of said racist banana throwing. He had the perfect response to it though – he simply picked the banana up, unpeeled it, took a bite out of it and then took the corner, without ever looking angry or losing his cool.

Alves also got his revenge on the Villarreal fans by kinda scoring two of the goals in Barcelona’s 3-2 victory (they were both own goals, neither cross/shot was going anywhere near in but Dani Alves was the last person to touch the ball for Barca before the Villarreal players inexplicably turned it into their own nets). They had been losing 2-0 earlier on so it really was a vindication for the adherent behaviour of the fans.

â˜› More Racism: Mountain Dew Release The Most Racist Advert Of All Time