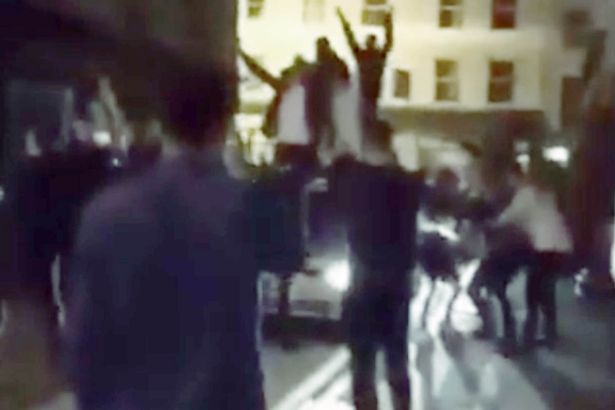 In the wake of recent terror attacks in this country, you’d probably expect the streets of the cities to be either quiet and sombre or full of the usual beef between drunk idiots, only amplified further because of the climate of the country. In Cheltenham though, you will find the exact opposite.

Following a night out, a guy called Jordan Cairns decided to get in his car and drive through the city centre blasting out ‘Boom Boom Boom Boom’ by the Vengaboys and the reaction might not be what you expected, as pretty much all the lads on their way home flocked around the car and started singing along and dancing:

Magical. Obviously in the wake of the recent terror attacks this is a great sight to see on the streets of our country – if not somewhat comical – as it shows that people are still not scared of terrorists and are still as unified as ever, even if it is around something as ridiculous as the Vengaboys. Nice work guys.

For more Vengaboys, check out what they look like now, 20 years on. Not that different.