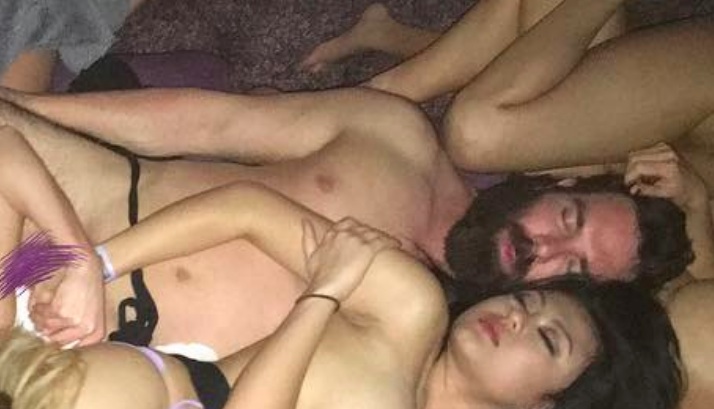 International playboy Dan Bilzerian is not afraid of bragging online about his absolutely insane lifestyle, which basically consists of sex, guns and lots and lots of money.

The millionaire poker player, 36, was letting off steam at the Hakkasan Las Vegas Nightclub where he took and posted the picture along with the caption:

The formality before f***ing.

No subtlety as per usual. It’s more or less impossible not to hate on the guy – he knows he was born with all the opportunities in the world and he’s used that to spend his life holidaying and being a sleaze.

This picture and caption is pretty shameless, but then again not as shameless as the time he posted a picture post-orgy: