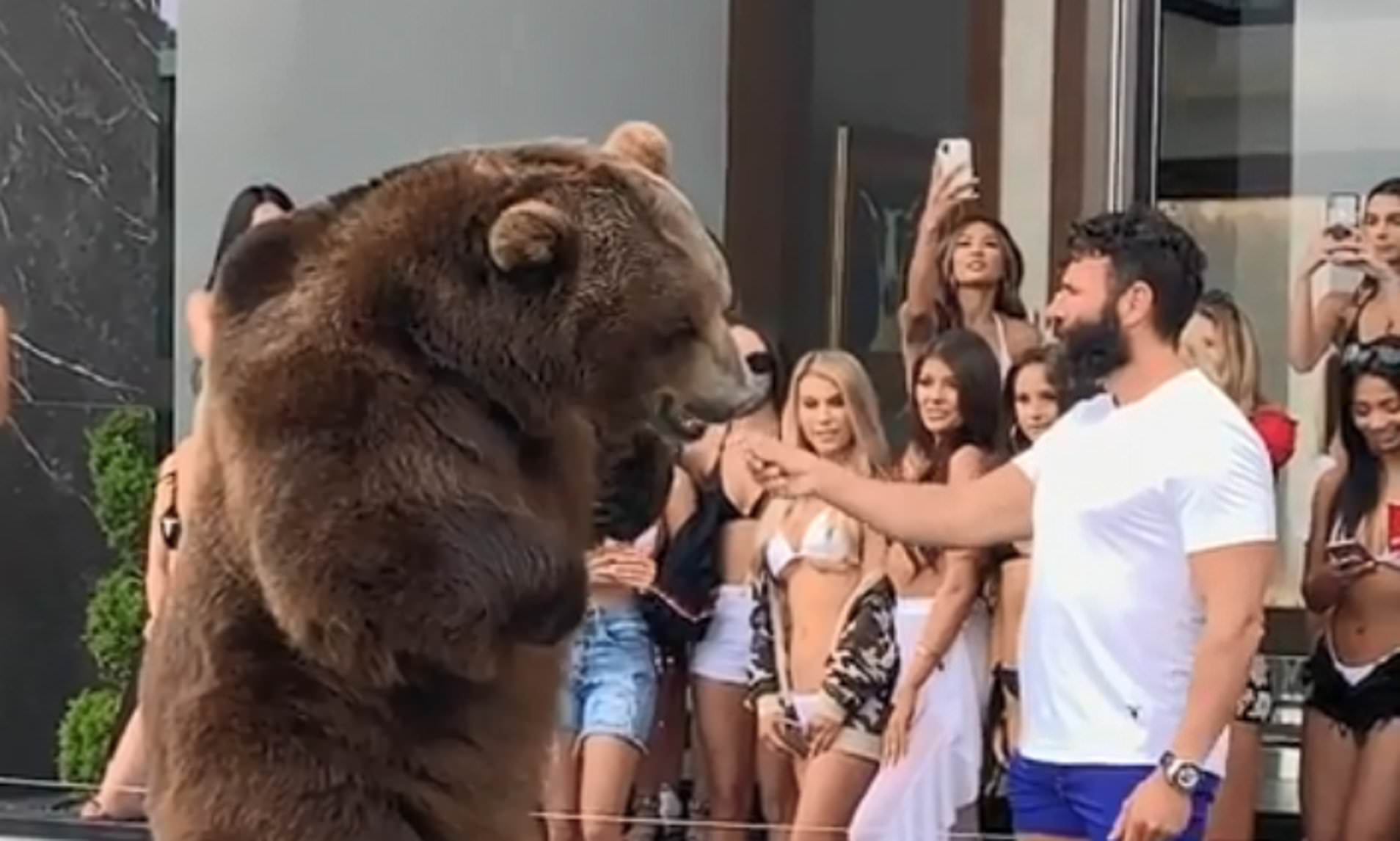 Nobody seems to really talk about Dan Bilzerian that much anymore after everyone kinda realised that he was just an overgrown child living out everyone’s teenage dreams as a rich adult, but every now and again he still shows up doing something dumb that we just have to mention.

This time, Bilzerian decided to celebrate 4/20 by throwing a massive party in one of his mansions with a whole bunch of babes. That doesn’t really sound that different to any day of his life, but this one was slightly special because Dan decided to get a giant bear in to hang out that he could feed and post about on his Instagram.

Well, that does look pretty fun actually because the bear seems friendly and nice and almost human like. Although it would be kind of funny if it just suddenly flipped and ripped Bilzerian to pieces. That would send his views through the roof.

Naturally PETA are massively pissed at Dan for hanging out with animals, and actually have a long standing beef with the company that the bear was hired from: a place called Working Wildlife that train animal actors so they can appear in movies etc and events like this. Bilzerian doesn’t really care about that though, offering them the following advice:

I love animals and PETA just wants to do the typical internet bandwagon on whatever is popular and come after me for feeding what seemed to be a very healthy happy bear, that was rescued at a young age.

They can suck my dick.

Doesn’t seem like Dan has changed much – if even at all – since the last time we wrote something about him. Probably never will to be honest.

For more Dan Bilzerian, check out these photos from when he was a kid that show how lame he really was. Loser.