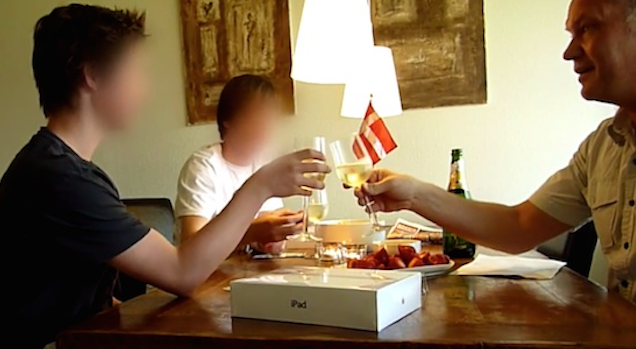 Check out the moment he throws cash and brand new iPads at his sons.

Every kid dreams about the day that their father comes in and tells them that they’ve won the lottery and they can now officially become one of the rich kids of Instagram. It happens to very few of them though, and even less of their fathers probably have the foresight to set up a hidden video camera to record their reaction.

The same can’t be said of Poul Hjortbol though, who recently won $2.7 million on the lottery. He set up a camera feed of him telling the news to his kids where he eased them in gently, first giving them a few wads of cash and a bunch of brand new iPads, then some more cash, then finally telling them how much he had actually won.

Unfortunately, the whole thing is in Danish which is really annoying, but you kinda of get the idea by the reactions of the kids and even if you can’t understand it you’ve got to admit it’s a completely sick way to break this kind of news. It’s almost as good a feel good story as the homeless guy who spent his last change on a winning lottery ticket. Sometimes it works out.