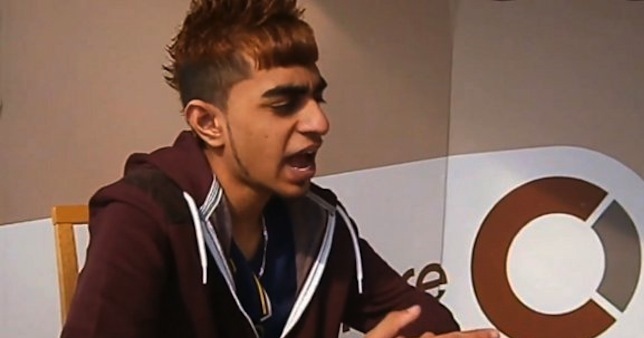 Is D4nny’s ‘Goodbye’ a hilarious parody or an actual attempt at making music? Watch the video and tell us.

16-year-old D4nny has racked up over half a million views in just over a week with his music video ‘Goodbye’, which is either an incredibly funny parody or a so-bad-it’s-good attempt at actually making music. After multiple viewings, we’re still not sure.

The video begins with a despondent looking D4nny plopping himself down in the corner of a shopping centre cafÃ©. He then starts rapping what can only be described as a suicide anthem, reeling off a list of goodbyes to the people who hated him, loved him and trusted him, as the camera switches back and forth between him sat in the cafÃ© and standing in the middle of nowhere.

The song ends when he symbolically throws the white flag he’s randomly carrying down a small hill/ leaves the cafÃ©.

What do we think? Is D4nny for real or not? Good on him either way.