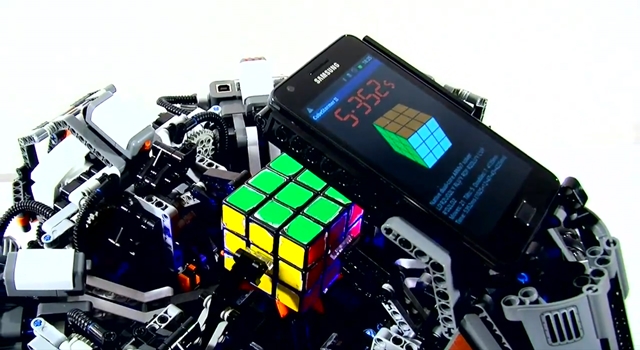 Cubestormer II is made from LEGO and can solve a Rubik’s Cube faster than any human in a matter of seconds. Check it out in action.

Rubik’s cube lovers and technology geeks may well have already heard of Cubestormer II — after all, it has been around for a couple of years. However, I only discovered the insane ability of this machine two days ago and now I’m writing this hoping that most of you are as out of the Rubik’s Cube/technology loop as I am.

â˜› More Rubik’s Cube Madness: Could You Solve A Rubiks Cube While Juggling?

Cubestormer II is an epic piece of machinery that can solve a Rubik’s Cube in a matter of seconds. In fact, it’s so bloody good at what it does that it’s smashed the back doors in on the fastest human solver. Mats Valks from the Netherlands is the human record holder, solving a cube in the lightning fast time of just 5.55 seconds. That’s ridiculously impressive in itself, especially if you’re like me and just the sight of a Rubik’s Cube gives you a fecking headache.

Anyway, Mats is probably slightly pissed at technology and the creators of Cubestormer II, as even though he’s undeniably a Rubik’s Cube mastermind, he’s no match for Cubestormer II, which has set the Guinness World Record and the bar with its insanely quick time of just 5.270 seconds. 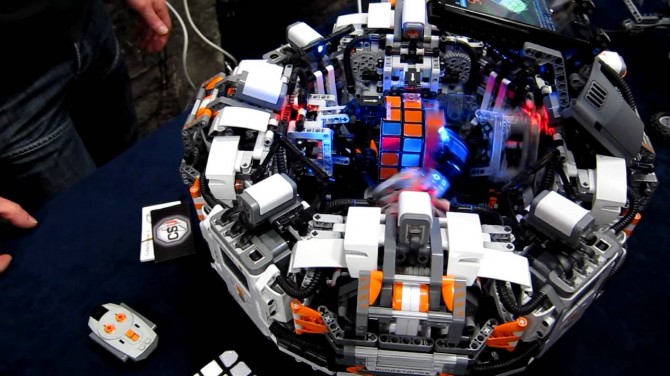 What makes Cubestormer II even more badass is that it’s mainly made from LEGO. Yep, that’s right, LEGO! Using four MINDSTORMS NXT kits and a Samsung Galaxy S II that has a special custom app installed, Cubestormer II uses a variety of ARM based processors to work its magic. It was commissioned by popular technology company ARM holdings to show the power of their processors (think they achieved that somehow) and was built by smart techno geeks Mike Dobson and David Gilday.

â˜› More Cool LEGO stuff: A Fan Has Made A LEGO Video Game Of Breaking Bad And It Is Amazing

Cubestormer II works by taking photos of each face of the Rubik’s Cube using the custom app, which analyses the messed up colours and then uses complex algorithms to send commands to the robotic grips to solve the hell out of that shit. It doesn’t matter how it’s scrambled, Cubestormer II will work it out in unbelievably quick time.

So, now you know about the power of Cubestormer II, check out this beast in action: