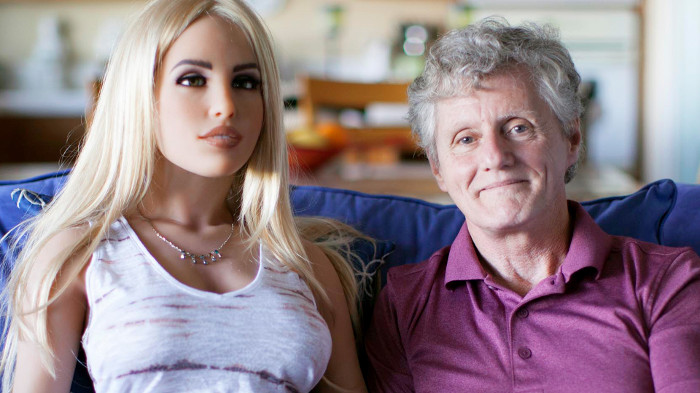 The sex robots are coming and this was clearly illustrated in Channel 4’s documentary of the same name that aired last night. In case you missed it, the show pretty much did what you imagined it would and investigated the developing sex robot industry which basically seems like it’s running at full steam ahead and shows no signs of stopping.

One of the creepiest sections of the show focussed on a guy called James, who had bought a few sex robots after his wife Tine was forced to leave their house to movie in with her sick mother and care for her. However, once Tine returned James still kept his robots and now says that he can’t live without his favourite one April, being unsure if he would pick it or his wife if he were forced to choose:

While most owners go into it with the intention of ‘oh it’s only a sex toy’, they find that they do develop a relationship with that doll.

Every guy has in his mind the perfect girl – that’s what I see when I look in this mirror and see this look.

If I had to choose between them I honestly don’t know.

Ewww. Love the way the video focusses on the woman all the way through it looking just completely creeped out by the whole situation. It’s also great when she tries to laugh off the fact that her husband is making her sleep in a bed with a robot like it’s no big deal. It’s OK to be disturbed by that Tine, it is completely and utterly weird don’t worry. Pretty sure their relationship probably isn’t going to last.

For more sex robots, check out this dude who makes the most realistic ones going. And he wants to make them even more realistic.