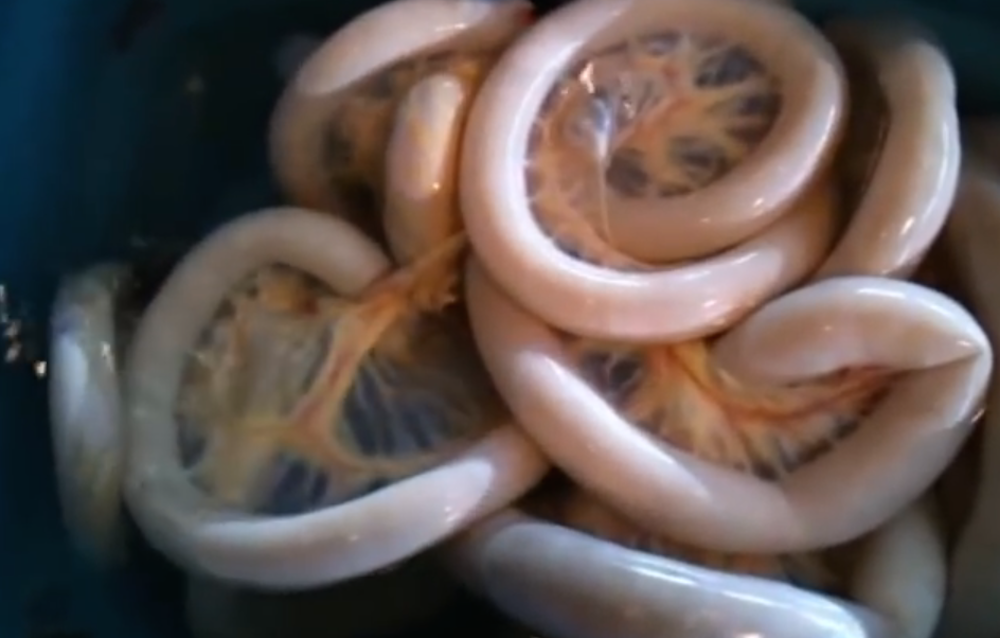 Just what the hell is this?!

We all know that there are a hell of a lot of weird creatures found in the depths of the ocean, but this one really does take things to a whole different level.

It was washed up on the beach in Kiel, Germany a couple of years ago and scientists still haven’t managed to figure out what it is. They claimed that it was some animal intestines and that the webbing between them was ‘actually the mesentery, a double layer of membrane that contains blood vessels, lymph vessels, and nerves and connects the two parts of the small intestine,’ but everyone who has seen the video noted that this doesn’t explain why the creature is moving all over the place, because surely intestines don’t move!? Other people think it’s some kind of weird alien life form whilst others just think it’s another disgusting and weird creature that lives under the ocean. Thoughts?