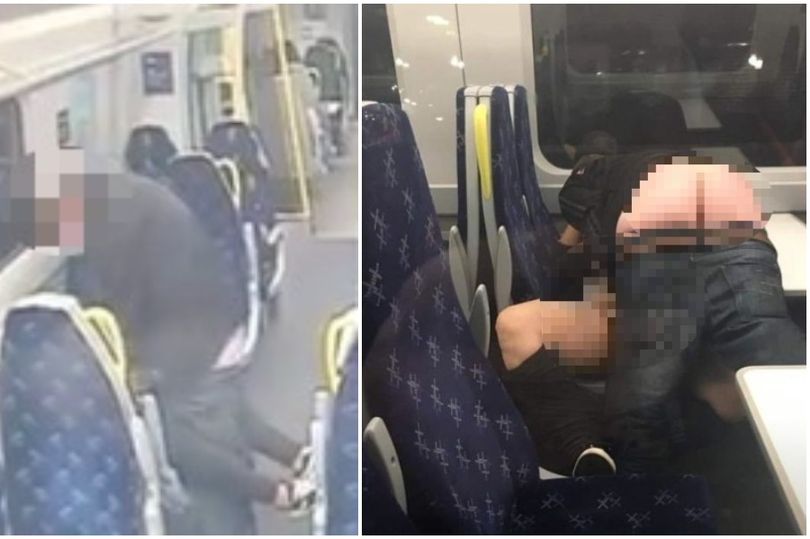 I’m sure we’ve all experienced moments of horniness when you just have to have sex with the person that you’re with and absolutely nothing is going to come in your way, but it’s probably better to find somewhere a little more discreet than just pulling down your pants and going at it on a train table.

This was the situation that a loved up and most likely hammered couple found themselves in while travelling from Edinburgh to Glasgow on Saturday night. The pair were drinking cans of lager when they suddenly started getting it on and pulling each other’s pants off and getting deep down and dirty in the middle of the train carriage on the train table.

The video that’s going around on social media is almost two minutes long and shows them performing a variety of sex acts but I can only get this really small player to embed here for some reason so apologies about that, but if you do a quick Google you can get on the Daily Star or somewhere like that and find the video. It’s pretty grim though so not sure if you really even want to to be honest:

Ewwww. Apparently the British Transport Police are aware of the footage and making enquiries, but I’m not really sure how far that’s gonna get you in this day and age. Maybe the culprits will get fined but you really expect most people except the lowest of all reprobates to refrain from having sex in public on a busy train, don’t you? Sort yourself out lads.

For more of the same, check out this one about a newly widowed woman who was fingered and eaten out on a train. Holy moly.