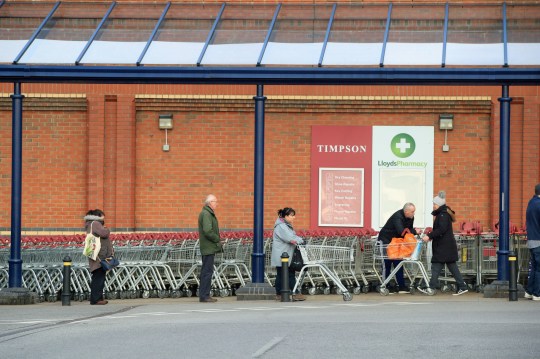 I’m sure a lot of us over the past week have been questioning whether the fact that we’re staying indoors in quarantine has actually been making a difference to the spread of the Coronavirus as more and more people seem to be dying, but thankfully one doctor has today come out and announced that the measures are indeed working.

Professor Neil Ferguson from Imperial College London was speaking to Radio Four when he said the following:

In the UK we can see some early signs of slowing in some indicators – less so deaths because deaths are lagged by a long time from when measures come in force.

But if we look at the numbers of new hospital admissions, that does appear to be slowing down a bit now.

It has not yet plateaued, so still the numbers can be increasing each day but the rate of that increase has slowed.

In central London it could be as many as 3% to 5% of the population has been infected – maybe more in individual hotspots.

I guess that’s encouraging and should hopefully get through to all those idiots who had house parties and the like over the weekend, although I suppose there are going to be some morons who say that because it’s working they don’t need to do it any more. Just stay inside, please.

For more of the same, check out this TikTok influencer who contracted Coronavirus after licking a toilet seat. Idiot.