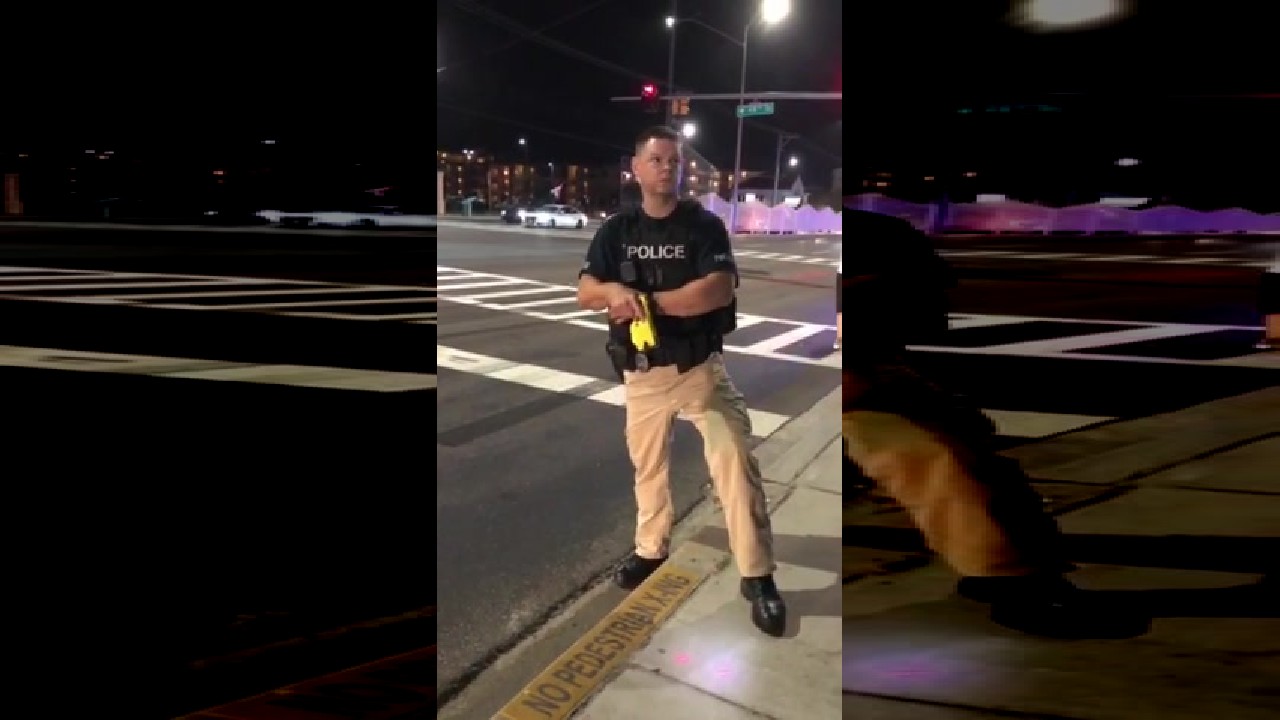 Today in American cops being unbelievably thin-skinned and abusing their power, we have this officer completely losing his cool and tasing a man for calling him a pussy.

Well technically he didn’t call him a pussy directly, but rather asked “who’s the pussy” who pushed his female friend.

Turns out it was the pissed off cop with the taser. Whoops. (via Worldstar):

And that’s how easy it is to get blasted with taser and then knee’d in the back before being bundled and arrested by police in America. Obviously we don’t know what happened before the film starts rolling but whatever it was, you’ve got to be professional enough as a police officer to not take it personally when some drunk student suggests you’re a pussy. Come on America, sort it out.