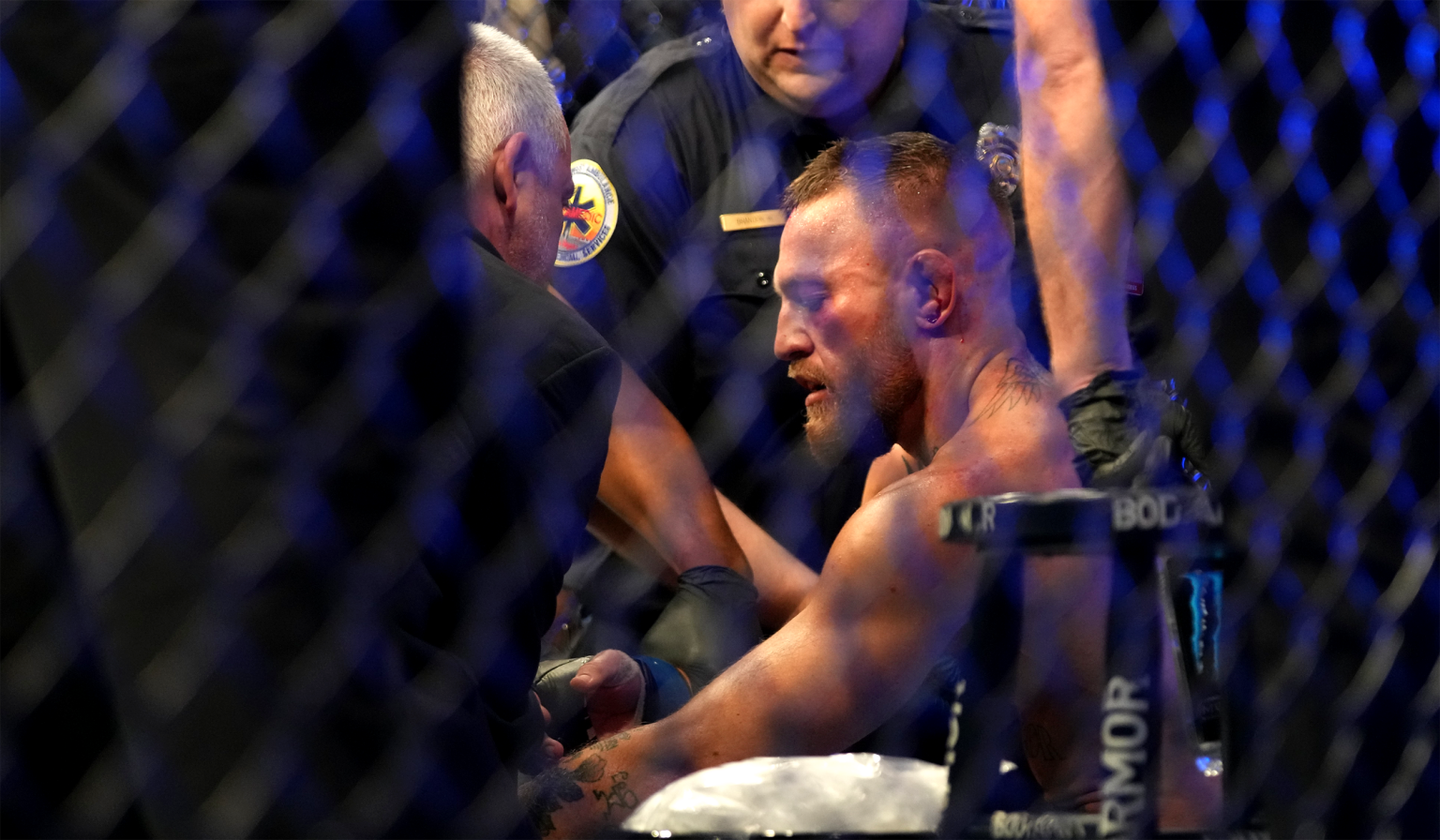 If you ever wanted any more confirmation than Conor McGregor’s career is pretty much as good as over, then maybe look at the fact that he’s decided to take part in a wheelchair boxing match on September 11th whilst he recovers from the broken leg he suffered in his recent bout with Dustin Poirier.

Well, sorta. It kinda sounds like the wheelchair boxing match is just a joke and it’s gonna be Conor and some comedian named Al Foran who is really good at doing Conor McGregor impressions, so the fight is actually going to be Conor McGregor V ‘Conor McGregor;. That sounds kinda wacky and stupid but I imagine it’ll just be both of them trash talking each other in wheelchairs and then a couple of hits. All proceeds go to the Irish Wheelchair Association though, which I guess is kind of cool.

See what you make of the poster below:

Please donate here if you can: https://t.co/lDMJxs1MvE

Yeah I guess it’s cool that it’s for a good cause or whatever, but it’s kinda embarrassing for Conor that he’s co-headlining a boxing wheelchair match at some hotel in Galway isn’t it? It’s almost the definition of giving up, even if he is injured. I imagine something really stupid will probably happen there as well to further dampen Conor’s reputation. Can’t wait – maybe he could even use a manual wheelchair for the fight?

For more of the same, check out when Conor McGregor punched an old man in the face. Don’t think he can really ever come back from that right?