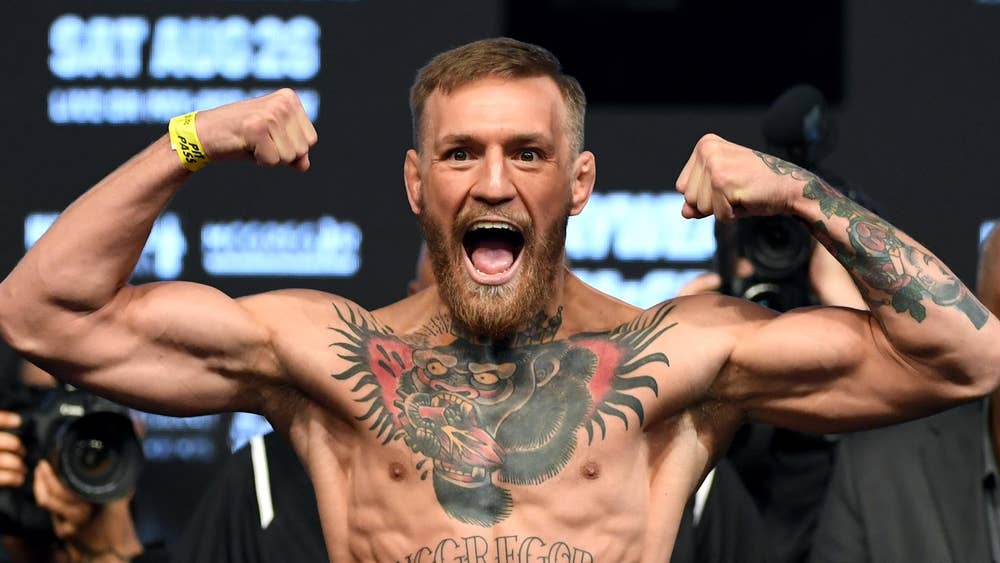 Conor McGregor never seems to be far away from controversy whether he’s in the Octagon or out of it and his latest tangle with trouble comes courtesy of TMZ, who claim that they’ve obtained a video of him punching an elderly man in the face after he refused to try his Proper 12 whiskey.

The incident took place on April 6th in Dublin where Conor surprised patrons at The Marble Arch pub by showing up and dishing out free samples of his whiskey. The elderly man seemed disinterested as he sat at the bar sipping his own pint – turning down a free shot not once but twice – and this caused Conor to throw a left hook at him which looks as if it connects, although the guy barely even flinches.

It’s unclear from the video whether any words were exchanged between the two before the punch, but take a look at it yourself and see what you think:

Damn seems a bit unnecessary doesn’t it? Conor looks like he’s completely and utterly wired in this post though and that probably explains why he’s whisked away fairly quickly by his minders, as he’s clearly on a bender just running around town shouting at people and doing whatever he wants. Like punching them when they don’t want to try his whiskey. Reasonable.

The police were apparently alerted to this incident in April and investigated it, but there’s no news as to whether they charged Conor or if the investigation is even still open. Probably not knowing Conor as he seems to get away with everything.

The real story here though is that this Irish guy barely flinched from one of Conor’s punches, which in the past have sent many men into the abyss. Maybe he really is finished with the UFC and fighting if he can’t even beat up some old man sitting at the bar who isn’t even fighting back? Pussy.

For more of the same, check out this footage of him stomping on somebody’s phone. Probably wired then too.