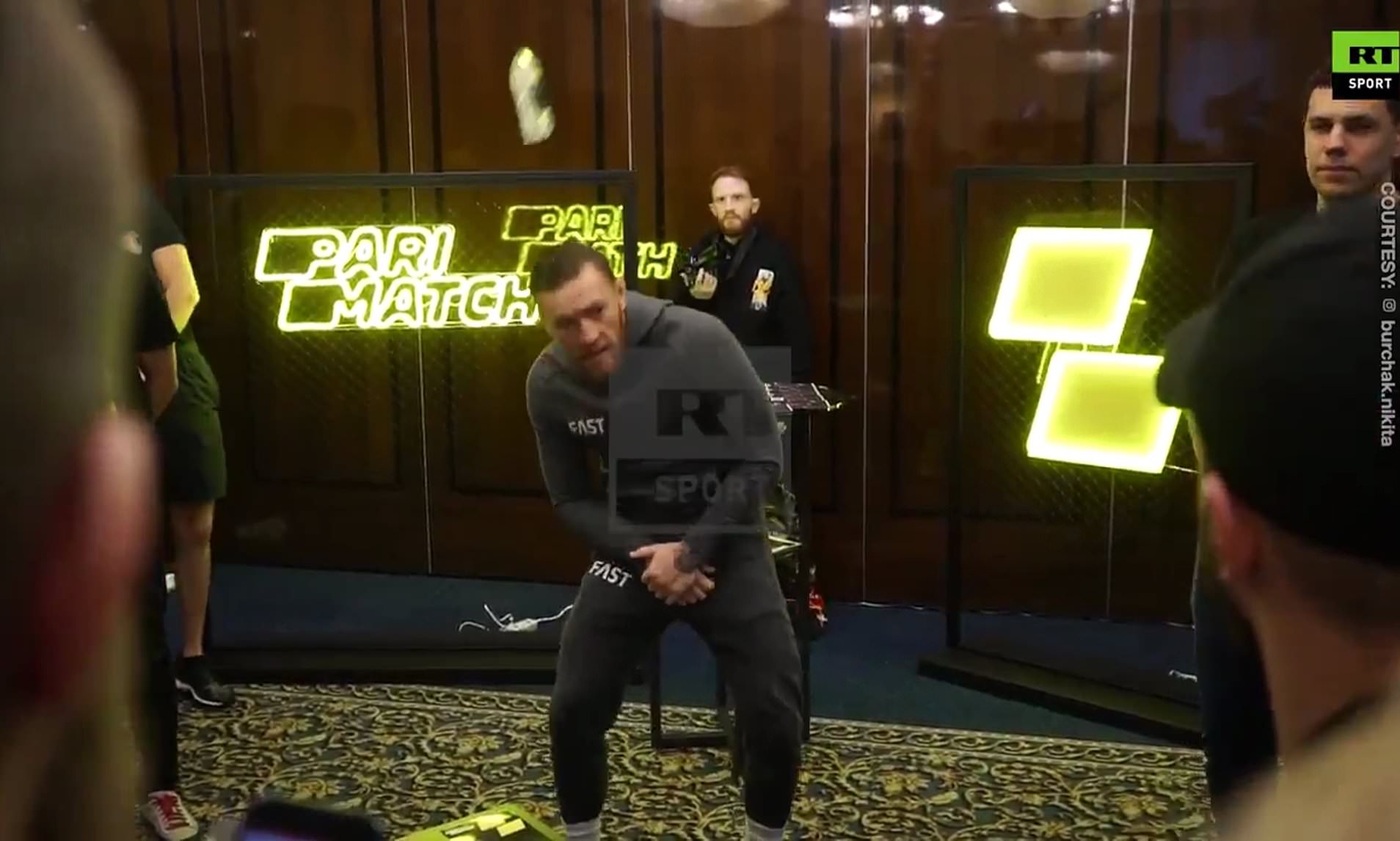 There were whispers that Conor McGregor had been attacked by an angry Dagestani man during his media tour of Moscow this week, and now RT has released the footage of what really went down.

Despite speaking respectfully about Russia and the Russian people in general, McGregor’s comments about Dagestan were less than complimentary.

Where’s my location? The Ritz Carlton. I’m in the Ritz Carlton if anyone wants my location, right in downtown Moscow. Where is he right now? I believe he’s out of the country. I fly in, he flies out. Typical of the Dagestani man.

When later asked if he had ever visited Dagestan:

I wouldn’t go to Dagestan to take a s**t. And that is the truth.

Which led to this incident with someone in the crowd:

Sounds like Conor McGregor is still super salty over getting his face smashed in by Khabib last year, and I think what he meant to say is he would never go to Dagestan because he’d probably be murdered within seconds of arriving there. But then this is what McGregor’s all about – pushing the disrespect as far as he can and getting under people’s skin.

It’s just as well he announced his return to the Octagon during this media appearance as well. He won’t be fighting Khabib though – could it be ‘Cowboy’ Donald Cerrone?