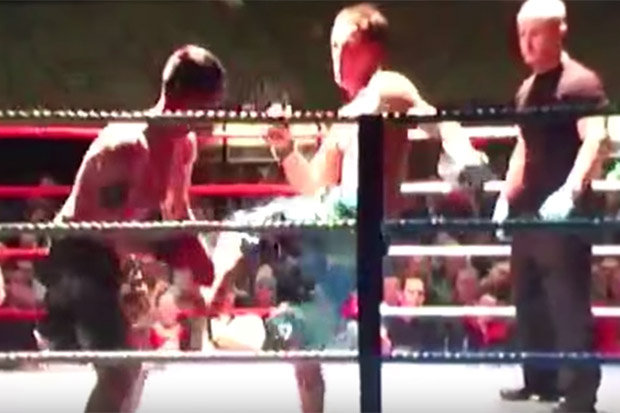 He even killed it back in the day.

Conor McGregor is well known as one of the best fighters in the world these days, but that wasn’t always the case and back in 2007 he was still cutting his teeth in Dublin’s Ringside Boxing Club.

The event was called Ring Of Truth 6 and it was McGregor’s first ever fight where he came up against a guy named Ciaran Campbell. Footage of the fight has recently been unearthed and shows McGregor moving around the ring in his signature southpaw stance, landing some of his signature lightning fast punches as well.

At one point he knocks Campbell to the ground and kicks him on the floor which doesn’t seem to impress him. It’s not long after this that Conor connects with another couple of punches to the face and the fight has to be stopped, which leads to Conor claiming the victory via TKO and jumping around the ring like a madman in celebration:

Impressive stuff, but I doubt anyone could have predicted the impact that this 18-year-old would have had on the fight game following that victory. Needless to say, Ciaran Campbell didn’t go on to pursue a career in the fight game, but I bet he’s told this story more than a few times down the pub in Dublin. I mean who wouldn’t?