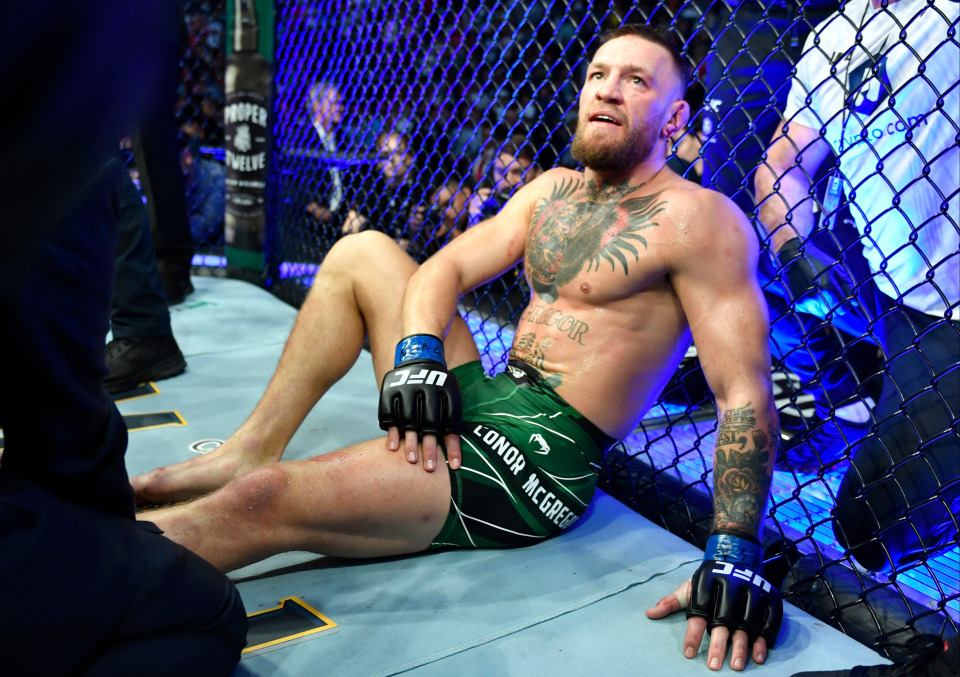 This isn’t what you want to hear.

Conor McGregor came across like a bitter old man who knew he was past his best on Saturday night/Sunday morning when he broke his leg in the cage during the first round of his fight with Dustin Poirier as some of the shit he was saying afterwards really wasn’t on.

Conor was interviewed by Joe Rogan as he sat on the floor of the cage unable to move and came across kinda badly in what he was saying in the interview, but a new angle/video has emerged of him saying that he was going to kill Poirier and his wife whilst he’s sitting there on the floor. This really isn’t what the MMA community needs hey:

NEW alternate angle of Conor McGregor threatening to kill Dustin and Jolie Poirier “in their sleep” and makes gun sign to his head:

Yeah I get that the adrenaline is flowing in the Octagon after a fight but saying that you want to kill someone and their wife whilst they’re sleeping really isn’t on is it? The best thing Dustin could do would probably be to refuse to fight him ever again after claiming two wins, but I imagine he’ll want to shut him up for good once and for all and get a fat pay cheque whilst doing so and will end up taking it somewhere down the line. We’ll see I guess.

For more of the same, check out Floyd Mayweather rinsing Conor McGregor after the fight. Ouch.