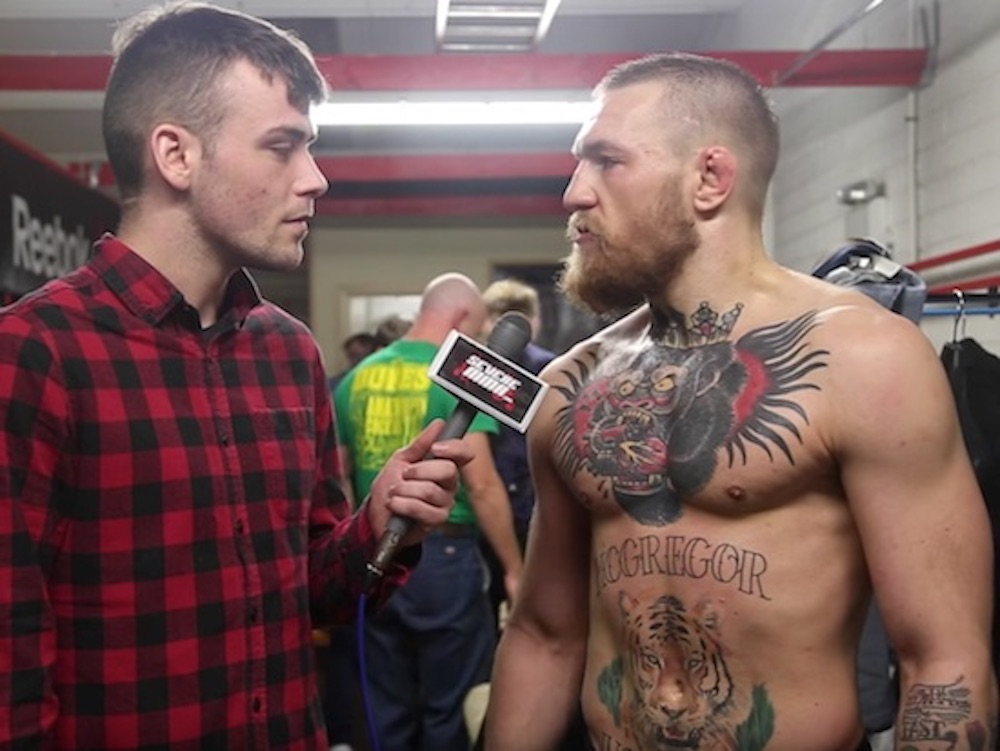 UFC 196 is only a couple of weeks away as Conor McGregor looks to be the first UFC fighter to possess two belts at the same time by defeating Rafael Dos Anjos.  In order to do this, he’s had to go up a weight class and he is looking stacked in this interview with Andrew McGahon at Straight Blast Gym in Dublin.

The interview blasts through a number of subjects, including Dos Anjos, Cerrone, the haters, his relationship with the UFC top brass and his desire to go up another weight class after he’s done taking Dos Anjos belt in time for UFC 200.

He knows how to do an interview doesn’t he? But seriously, if he does beat Dos Anjos and go up another weight class to fight Lawler at UFC 200, that would be an absolutely amazing fight and something truly worthy of the event after Ronda Rousey’s rematch against Holly Holm is definitely not going to happen any more.

If you don’t believe us about how good it will be, check out these pictures from Robbie Lawler’s fight against Rory McDonald – it’s absolutely brutal.