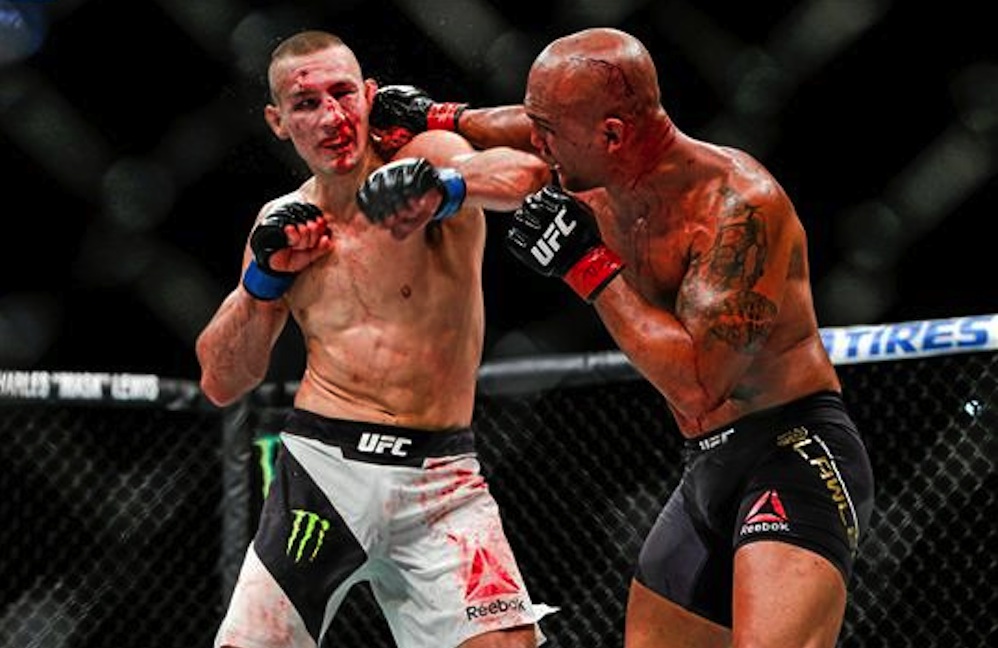 Not for the fainthearted.

Although all eyes on Saturday at UFC 189 were on Conor McGregor V Chad Mendes – and rightly so after the hype that it had generated – the Welterweight Title match before it between Robbie Lawler and Rory McDonald actually ended up stealing the show.

That’s because it was pretty much the most brutal fight in UFC history. Lawler managed to break McDonald’s nose pretty early on, but he still managed to battle on and was actually up three rounds to one in the final round where Lawler managed to tag him on the nose again and completely shatter it, winning the fight. Devastating.

Lawler himself didn’t exactly get out of the fight without any damage either – he had a lacerated scalp and a split lip at the end of it. Both men were immediately sent to hospital following the conclusion of the fight and are said to be doing OK but man did they mess each other up. No way am I ever stepping inside the Octagon when you end up looking like that.

You can watch a video of the winning punch below and then check out some pictures from the fight on the slideshow by clicking on the arrow buttons. As brutal as Mankind V Undertaker’s classic Hell In A Cell match from 1998? Probably – I mean it is real after all.