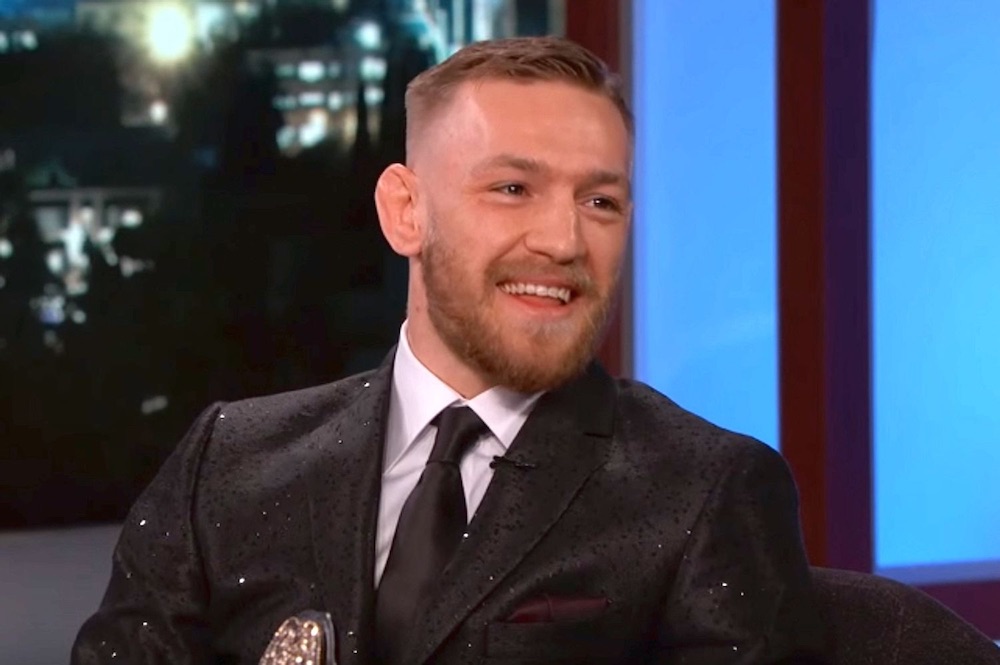 Including why he wants to own a monkey.

Conor McGregor V Jose Aldo is looking like it’s going to be the biggest fight of the year – in a year of absolutely insane fights – when it finally goes down in Las Vegas next Saturday and the promo train shows no sign of letting up in the build up to that.

Conor appeared on Jimmy Kimmel last night and predictably killed it yet again, showing off a bunch of his cocky Irish swagger whilst wearing a really weird glittery suit. Only Conor McGregor huh?

During the interview he touched upon why he loves fighting, how he taunts his opponents when he’s in the octagon with them and why he wants to own a monkey. Check it out below:

What a character. Only just over a week until the fight of the year but I’ve got no idea who’s going to win – watch this highlight reel of Jose Aldo to find out why Conor’s opponent can more than handle himself in the octagon.