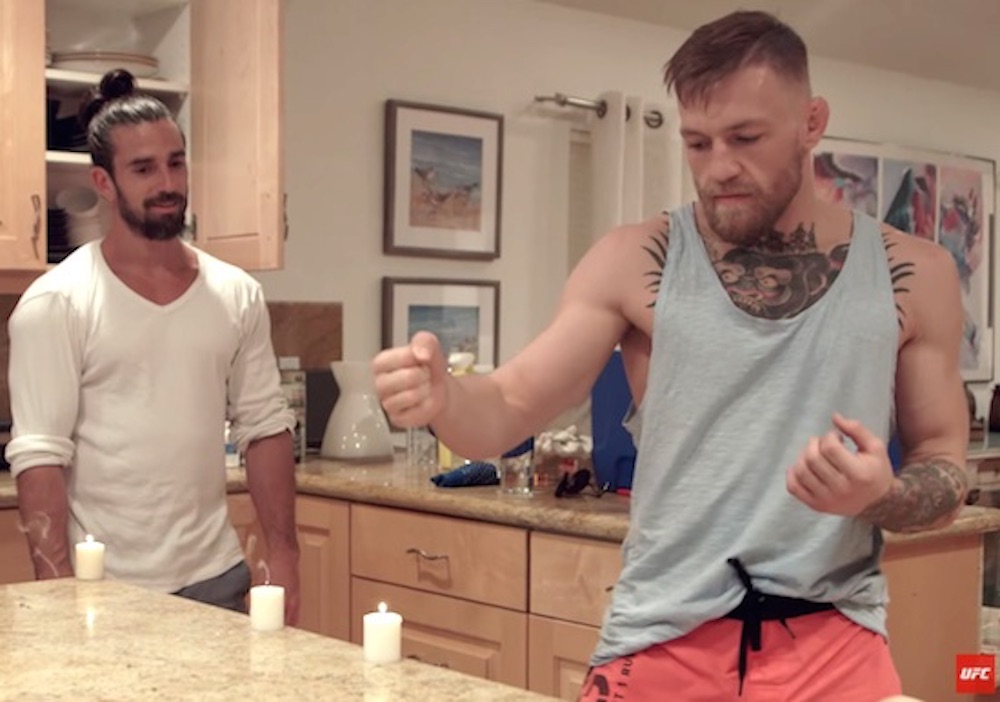 The hype for UFC 194 is in full swing now, and that means the latest episode of UFC Embedded is out, which followers several of the key competitors in the build up to their huge fights on Saturday.

In this episode – as has been the case for most of the buildup – the main event is Aldo V McGregor and we see Conor going full Bruce Lee mode as he hangs out around his house extinguishing candles with his punches and kicks. It basically looks like he’s just having a laugh and a joke with his mates but that is some pretty skilful stuff – all about finesse – and you can bet that isn’t how he’s spending all his day, as you see earlier in the video.

Meanwhile, Jose Aldo is over in Brazil training pretty hard. He’s basically mulling over all the ways he’s going to destroy Conor and finally shut him up on Saturday after enduring his shit talking for months. It’s going to be one for the ages.

We also get to catch middleweight champion Chris Weidman attend a media day in New York City whilst his opponent Luke Rockhold finishes up his training camp over on the West Coast. Get pumped for that one too.

If you need to get any more psyched, then check out Conor’s appearance on Jimmy Kimmell last week or this montage of Jose Aldo’s greatest fights. Jesus.