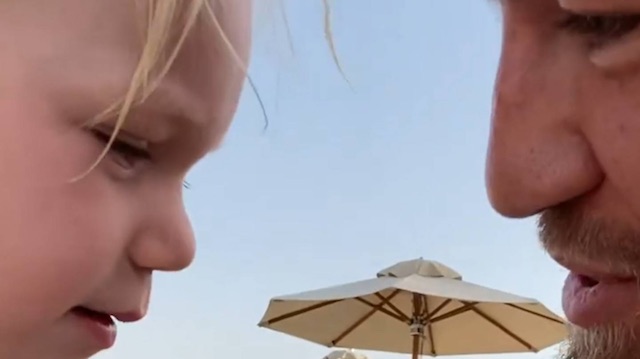 The MMA/combat sport focus isn’t really on Conor McGregor at the moment after his devastating knockout loss to Dustin Poirier earlier this year, so naturally he’s had to drum up some other controversy to try and get himself back in the spotlight.

Firstly this week he had some kind of spat with Poirier about their upcoming trilogy fight after Poirier accused him of ghosting on a $500,000 donation he was going to make to his foundation and now he’s copped the wrath of the woke brigade after posting a video of him encouraging his three year old son Conor Junior to punch another kid in the face. The McGregor family are currently on holiday in Dubai where it seems Jr got into a bit of trouble with some other toddler and this was Sr’s advice to him:

Yeah I don’t really think there’s anything that bad about that – although it’s a bit of a weird thing to upload and Conor does seem a bit wired/hyper in it – but naturally a bunch of people in the comments decided to jump in and condemn Conor’s parenting style. Here’s a selection of the ‘best’ comments:

Not really the best words teaching your kid to hit other kids at that age mate!”

The bigger man walks away. Only use self-defence if you have too. Teach him that, champ.

That’s not how you bring a child up, teaching him to smack children. Teach him to be kind and respectful.

Yeah it seems very unlikely that someone like Conor McGregor – who beats people up for a living and makes lots of money doing that and is very vocal about how good he is at it – is really going to follow that advice, but I’m sure he’s thankful for all the comments. Probably just too busy counting his money to reply to them. Give the guy a break guys.

For more of the same, check out Conor McGregor’s new £2.2 million watch with a secret sex compartment. What?