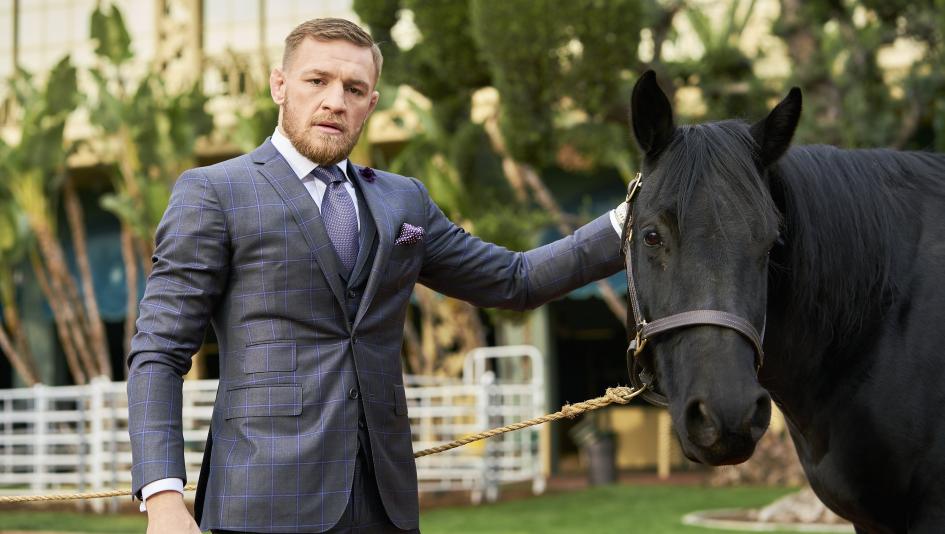 Following his headline grabbing knockout of Eddie Alvarez at UFC 205, Conor McGregor announced that he would be taking some time off from MMA to have a baby and plan his next move. However, I don’t think anyone expected his next move to be this.

In a rather bizarre fashion, Conor seems to have announced that he’s set to become a jockey and compete in the first annual Pegasus Cup in Dubai, and even more bizarrely he’s roped in Jon Lovitz of all people to be his trainer. Surely this can’t actually be real?

Ok, so quite obviously that’s only a joke and the Pegasus Cup has just roped Conor McGregor in to help promote it. Apparently there are going to be 3 more of these ‘comedic videos’ in the run up to the race, which will feature Conor training for the big event. I assume he’s not actually going to compete in it, but if he did that would be great to see and I might actually tune in.

The thing about all this is that although I’ve now heard of the Pegasus Cup because of Conor McGregor’s involvement, it doesn’t mean that I’m actually going to pay attention to it or tune in. I don’t give a shit about the horses and I’m sure that’s true of most MMA fans, so I’m not really sure if paying Conor an extortionate amount of money (I mean the purse is $12million and it’s in Dubai, and the Notorious probably doesn’t get out of bed for less than $1million) for this was a great idea. I guess we’ll see how many of us are talking about the Pegasus Cup in a couple of year’s time.

For more Conor McGregor, here’s everything you need to know about his upcoming role in ‘Game Of Thrones’. He’s probably not going to be sitting on the Iron Throne.