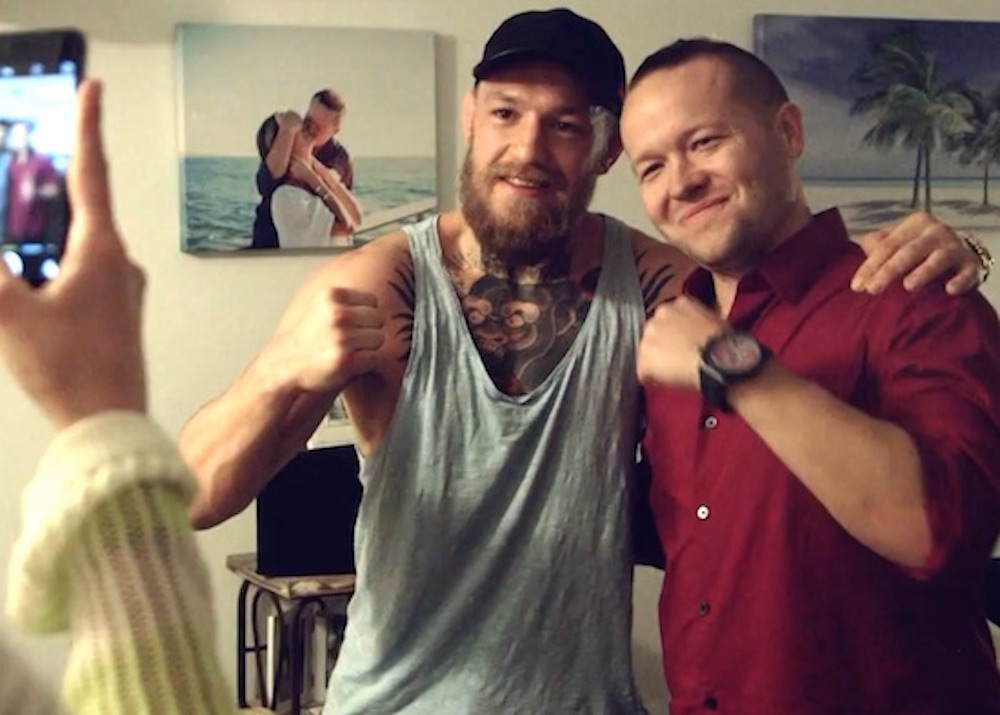 Another reason to love Conor McGregor.

Conor McGregor might have a big fight coming up this weekend against Nate Diaz, but that doesn’t meant that he’s piling on the training overtime or anything. Instead he’s still taking time out to make awesome videos like this and go the extra mile for his fans.

In this video, Conor spots a cardboard cut out of himself on an LA balcony whilst he was on the way to the gym, alongside an Irish flag. Instead of just wagging it off as some weirdo who’s obsessed with him, Conor decides to drop in on the fan and make his day. Hell, he probably made his entire year judging by the guy’s reaction because he’s completely and utterly flabbergasted. I suppose that’s to be expected though if your hero just drops in out of nowhere.

Hmmm. I was kinda hoping that the fan would be a little cooler and wouldn’t have literally one of the worst top knots in history, but I suppose if you’re literally obsessed with Conor McGregor as this guy clearly is then you aren’t going to be the coolest guy in the world.

I liked the way Conor said ‘that was something else’ at the end too like he could tell this guy was a little bit too obsessed with him. Still, you gotta give him props for taking the time out to treat his fans with respect and make their lives like he clearly did with this dude.

Check out this documentary that charts his rise to the top too.