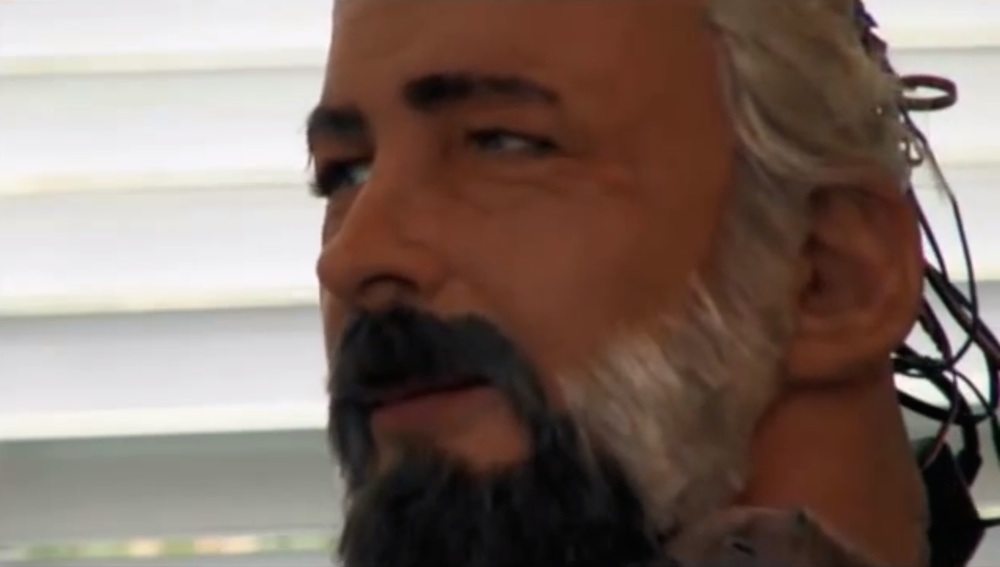 If ever there was a time to be scared of robots, it’s now.

I suppose there has always been a fear that robots might get so smart that they take over the world and decide to wipe out the human race, facilitated by movies like Terminator and Avengers: Age Of Ultron, but it seems like as time progresses that this might actually become a reality.

Not only did a robot recently kill a human at a Volkswagen factory in Germany, but we’ve also got this completely freaky humanoid robot telling his interviewer that robots will take over the planet and that he’ll then keep him in a people zoo where he can ‘watch him for ol’ times sake’ which is pretty messed up if you ask me. The robot has been modelled on Philip K. Dick and his works and so that’s why he gives the completely creepy answer, although I’ve kind of got to question just WHY anyone would bother making such a creation when all it’s going to do is completely freak people out.

OK, that was pretty messed up right? In case you’re completely terrified by that it’s worth nothing that the robot isn’t actually fully intelligent and so probably won’t be turning into Syknet anytime soon  – apparently it works by ‘listening’ to what people say to it and then generating a response based upon these words, essentially convincing people that it is human, other than the fact it has a stupid voice and really ridiculous answers.

To be honest, I’m not really sure if that reassures me at all because the robot is still insanely creepy. Also, this interview actually happened in 2011 so I dread to think how the technology has developed since then – I mean just look at these technological advances that are pretty much going to change dating forever, with crazy shit like that happening these weird robots must have become more humanoid as well. Scary.