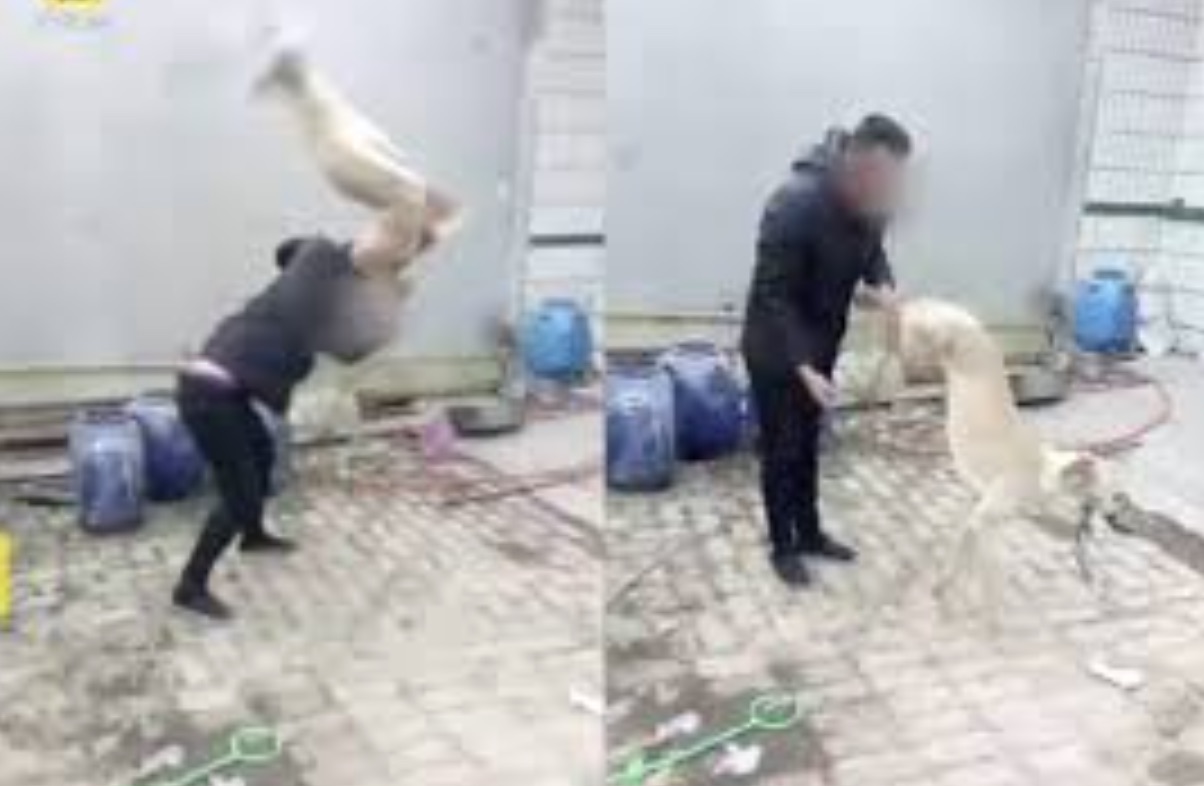 This is a pretty distressing video.

It was only a couple of weeks ago that we featured a video of some guy beating up his dog whilst he was walking it, and now we’ve gone even further with the following video.

The video is taken from the Chinese website Weibo and it’s been viewed about 5 million times in the last couple of days. It’s comprised of mobile phone footage and literally shows a Chinese guy pick up a dog and swing it around and around, whacking its head on the floor and killing it, all because it lost a race.

The guy is screaming at the dog that it lost him money all the way through the video and then at the end even proclaims that he’s going to eat it. I’m not going to post the whole video because it’s literally completely sick but if you’re that desperate to see it then you can click here. Below you can just see him ranting and raving over the dog’s dead body, which is probably disturbing enough to be honest:

Yeah, I know you all clicked on the link and watched the video. Messed up doesn’t even begin to describe it huh? The worst thing about it is that they treat dogs so badly over in China that this probably isn’t even that big a deal and the guy will go on to live a long and happy life, probably killing dogs whenever he feels like it. Awful.

For more of the same, check out that video from a couple of weeks ago. Not quite as awful.