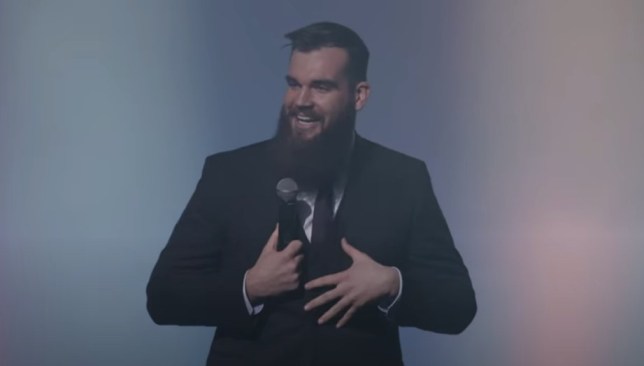 Should Isaac Butterfield’s career be ruined over this joke?

Whilst it’s true that people are way too easily offended these days and that this has been a detriment to the stand-up comedy scene, there are some jokes that you’d have to be an absolute idiot to tell in public, especially when you’re a fairly well-known comedian performing at the Melbourne Comedy Festival.

Isaac actually cracked this joke at the festival last year, but it’s gone viral this week after he included it as part of his stand-up special Anti-Hero. Have a listen and see what you think:

Oof. Racist stereotyping and mocking the victims of the most horrific mass shooting in New Zealand’s history? That’s pretty bold.

Like I said, people can argue that there’s too much political correctness in the comedy scene and that comedians should be free to joke about whatever they want, and while I basically agree with this, Butterfield’s joke isn’t really funny or clever enough to justify how insensitive it was. All that joke is going to do is haunt the friends and families of the victims and make them feel like shit.

Obviously I get that it’s a joke and doesn’t necessarily reflect his real thoughts and feelings on Muslims or victims of mass shootings, but your joke better be seriously funny if you’re going to get away with saying something that vile. It was just a standard “so many Muslims are cab drivers” joke, with the added shock factor of belittling Muslims killed in a mass shooting.

Isaac Butterfield has refused to apologise for the joke and instead put out a video defending it and reading out some of the brutal DMs he’s been receiving:

The audience did find his joke funny though, so they obviously didn’t see an issue with it. People on Twitter mostly had a different view:

Just saw that clip of Isaac Butterfield mocking the victims of Christchurch. I am dubious of “cancel culture” but this morally bankrupt human being should not be given a platform by anyone. An overly inflated ego lacking in self awareness. Pathetic.

Not only was Isaac Butterfield’s joke tasteless, disrespectful and blatantly unfunny but his response to the outrage and refusal to apologise is honestly pathetic. He’s using it as nothing more than an opportunity for clout.

I am dubious of cancel culture at the best of times, and the c word is not a nice word, but English doesn’t have many words sufficiently strong to express my feelings and in the case of that Isaac Butterfield joke, it’s a mot juste – fuck that cunt. Fuck him. Dude.

I live in Christchurch. That is NOT funny. We live with real effects of those massacres daily. Butterfield is an Australian. The terrorist was Australian. There’s something very sick about Australian audience who laughed at that.

I’m not gonna link to it but Isaac Butterfield is an unfunny Australian cunt. Ozzies, deal to your own please, before someone else has to,

I hope #jacindaardern denies Isaac Butterfield a visa to New Zealand. He’s shocking comments about the victims of the Christchurch massacre cannot be tolerated.

To watch a stand-up comedian Sparta Kick a heckler into oblivion after he kept interrupting his set, click HERE.