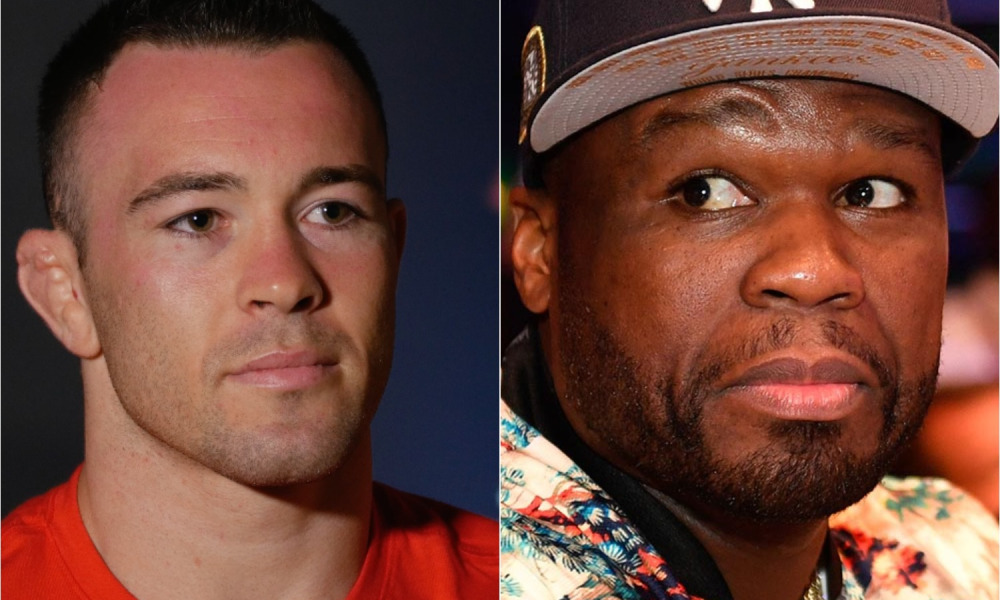 Covington has had enough of 50 Cent trolling him on social media.

As a Trump-supporting MMA fighter with a history of homophobic and racist comments, the UFC’s Colby Covington isn’t exactly one of the most lovable guys around. In fact most people were pretty happy to see Welterweight Champion Kamaru Usman break his jaw and brutally TKO him back at UFC 245 in December.

One person who was definitely over the moon with that result was 50 Cent, who took to Instagram to share a bunch of memes and lolz at Covington’s expense:

Well it looks like 50 Cent got well and truly under Covington’s skin with that meme, as during an interview with Ariel Helwani he started calling 50 Cent a pussy and challenged him to a celebrity boxing match (where Covington will have one arm tied behind his back).

What a douche. I don’t think there’s anyone else in the UFC that handles losing worse than Colby Covington and the fact he gets this triggered over a non-fighter trolling him about it pretty much sums up what Covington is all about.

It would be interesting to see this fight go down though, so hopefully 50 Cent accepts. Covington would have one arm tied behind his back so who knows, 50 might actually stand a chance if he gets a few boxing lessons in. How funny would it be if Covington ends up getting knocked out by some washed-up rapper? Just imagine the sort of the memes we’ll be seeing then! Covington will never live it down.