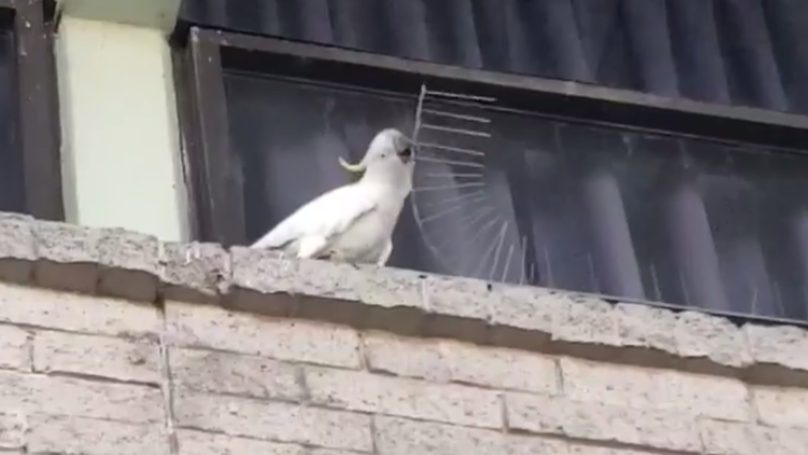 Sometimes an animal does something in the wild that’s so unexpected and badass that you just have to pay tribute to it and talk about how awesome it was – this is undoubtedly one of those times.

A cockatoo was filmed in Katoomba, Australia by a guy called Isaac Sherring-Tito methodically removing anti nesting spikes on a shopping centre and tossing them to the ground, leaving the space empty for himself and other birds to hang out on and possibly nest. The video then pans to reveal that there’s a whole load of spikes that the bird has ripped out and that he’s been working very hard at making the area safe for his brethren:

Needless to say, this video has gone massively viral with over 3 million people having watched it at the time of writing. Can’t really fault them either because it is a completely sick video and the cockatoo is a complete and utter badass, kinda like Fox from the Animals Of Farthing Wood or something. You can see him getting the job done.

Now if only homeless people could do the same with those horrendous anti homeless spikes that have been put up around cities. Awful.

For more of the same, check out this parrot that got taken into custody for letting his drug dealing owners know that the police were coming. Legend.