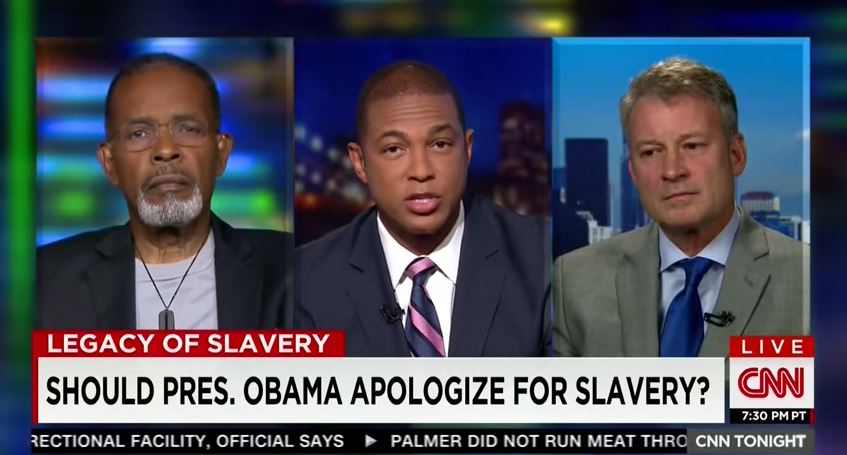 This Don Lemon guy on CNN is an absolute joker. First there was the time he asked a Bill Cosby rape victim why she didn’t just bite his dick off (seriously), then another time he asked a Muslim human rights lawyer if he supports ISIS. Is he an undercover super troll or what?

This time he spearheaded a debate over whether Barack Obama should apologise for slavery:

I guess I see his point that it would be a bit of a power move having a black man do it, but still – no. Just a stupid idea at the end of the day like the other guy says.

How about getting the totally-NOT-racist-nowadays ex-leader of the KKK to apologise instead?