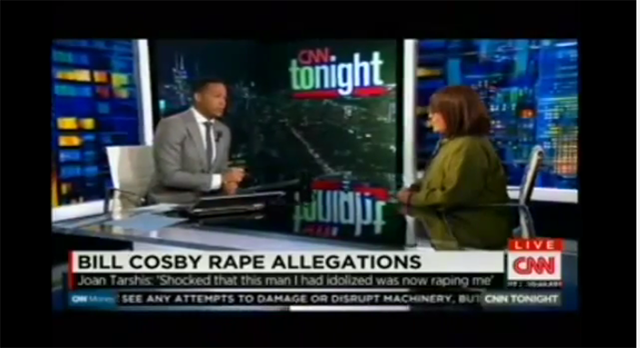 As is the case with too many TV entertainers when they hit a certain age, Bill Cosby has been accused of drugging/raping women earlier in his career and many of his alleged victims, including model Janice Dickinson, have been telling their stories this week.

A lady named Joan Tarshis went on CNN and spoke to presenter Don Lemon, who bizarrely asked her why she didn’t use her teeth to stop him putting his dick in her mouth:

And some people say we don’t know how to do journalism.