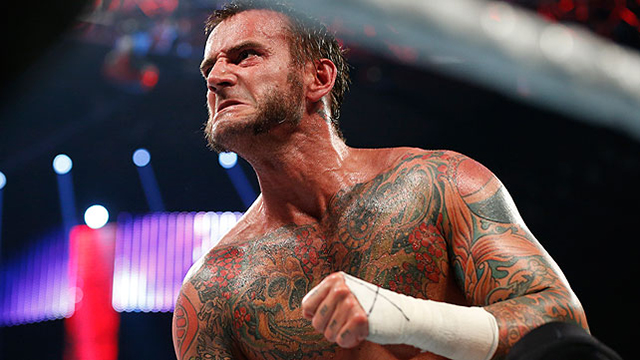 In a very surprising move this weekend, Dana White (head of the UFC) announced at UFC 181 in Las Vegas that CM Punk had signed with the company and will be fighting in 2015.

My pro wrestling days are over. I have a background in kempo and have I’ve been doing Brazilian jiu-jitsu, off and on, for a long time. This is my new career, 100%. I have nothing but respect for everybody here at UFC, everybody who steps In the Octagon to fight. And when it’s all said and done, when I’m finished, everybody’s going to have to respect me because I have come here to fight.

The question is — how will CM Punk do in a fight where the outcome isn’t predetermined and you’re getting smashed in the face for real instead of pretending to get smashed in the face? Time will tell on that one — but Punk is 36 years old with no real professional MMA experience so we can’t imagine he’s going to be fighting the tippy-top guys. They’ll probably throw him a complete loser with a 0-3 record or something before testing him for real.

Whatever the case — great move for Dana White signing CM Punk and it should definitely help the UFC’s dwindling numbers, at least until Brock Lesnar’s back after his WWE deal is done.