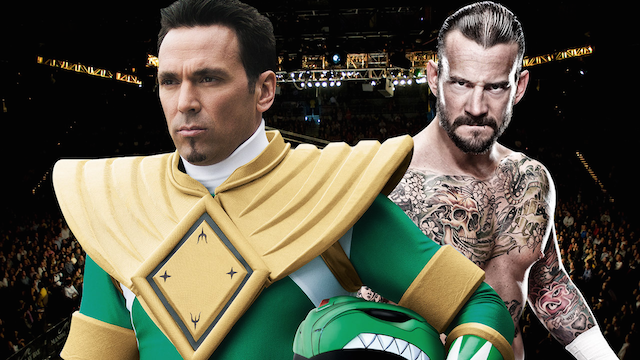 He doesn’t seem to know anything about him or care about him at all.

Pretty much as soon as it was announced that CM Punk was joining the UFC, the guy who played the Green Ranger in Powers Rangers spoke up and said that he thought it was a joke that the UFC had signed Punk. The Green Ranger demanded that he be Punk’s first opponent in order to put him in his place and teach him a lesson.

CM Punk doesn’t seem too impressed about that though judging by this recent interview and isn’t exactly quaking in his boots. TMZ ran into him in New York to ask him how training was going for his first fight (it’s going really well) and asked him what he thought about the challenge of the Green Ranger, to which Punk replied that he didn’t know anything about him – other than the fact he was the Green Ranger.

Doesn’t sound like Punk’s taking his threat too seriously if he can’t even look him up and see if he’s any good or not. Incidentally he has a 4-0 record in MMA and has won loads of karate awards, so even if Jason David Frank did play the Green Ranger, it sounds like he’s a complete badass too.

Maybe Punk should be running scared. He doesn’t seem too bothered who his first opponent is going to be though – I suppose he’s just confident that he’s The Best In The World, so to him it doesn’t matter who he faces, even if it is the Green Ranger. However, MMA is a whole different ball game and although there’s no doubting that Punk is tough, it remains to be seen as to whether or not he can actually hang withe the big boys.