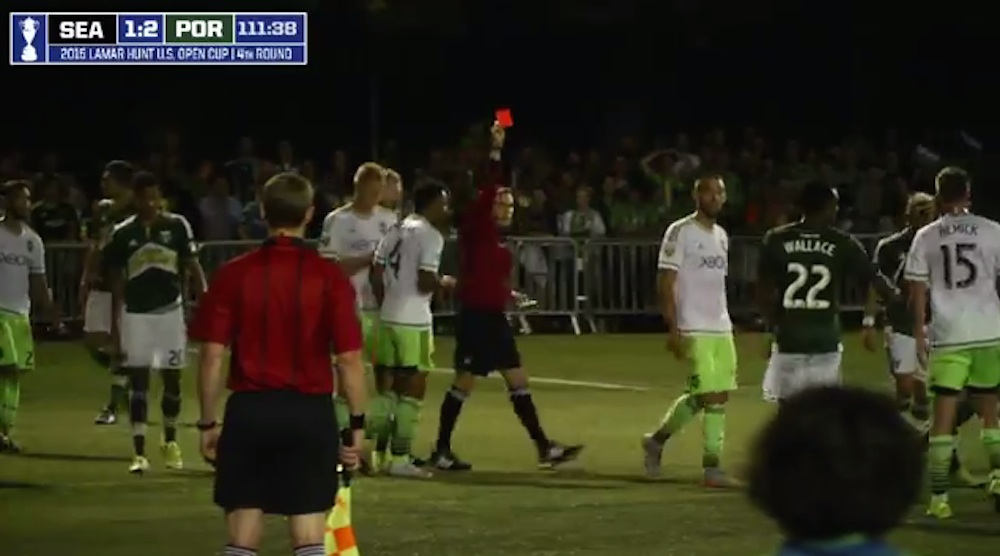 Clint Dempsey has been playing over in the USA for Seattle Sounders for a couple of seasons now, and things have been going fairly well for him as he managed to win the US Open Cup last year.

However, things weren’t going too well for him last night as his team was losing 2-1 in extra time of the same competition to the Portland Timbers and had already had two players sent off when this outrageous incident went down. Another Seattle player charged into someone and got sent off and Clint Dempsey couldn’t take it anymore and ran up to the referee and ripped up his little notebook right in front of his eyes.

Obviously the referee didn’t have much choice but to send him off right there and then – leaving the Sounders with 7 players – but it’s the manner of this sending off that is particularly exciting. I’ve seen players push and hit referees before and get sent off but I’ve never seen anyone rip up his little notebook before. Completely outrageous and as the commentator says, one of the most incredible endings to a match I’ve ever seen. Maybe I should get more into MLS.

Clint Dempsey Made A Rap Video