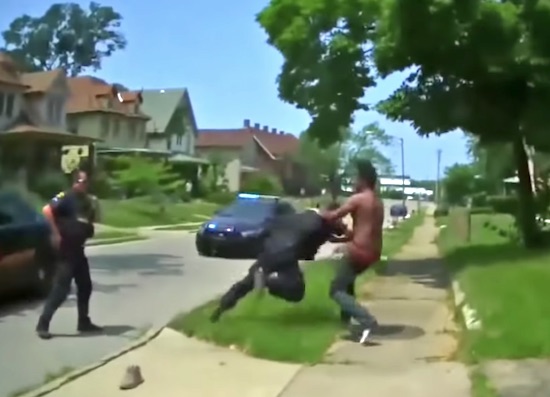 This bodycam footage over in Cleveland shows police taking down some nutjob who had attacked a woman in the middle of the street and also fired shots into the air (so the officers say – I don’t see any gun on him in the video).

When are these lunatics going to realise that you can’t mess with the police in a fists vs gun fight? You’re going to end up taking the L every time. Although to be fair this guy was probably high off his face to charge an armed police officer like that in the first place.

Then again, we did see that one 15-year-old kid beat the crap out of a cop trying to arrest him that time.