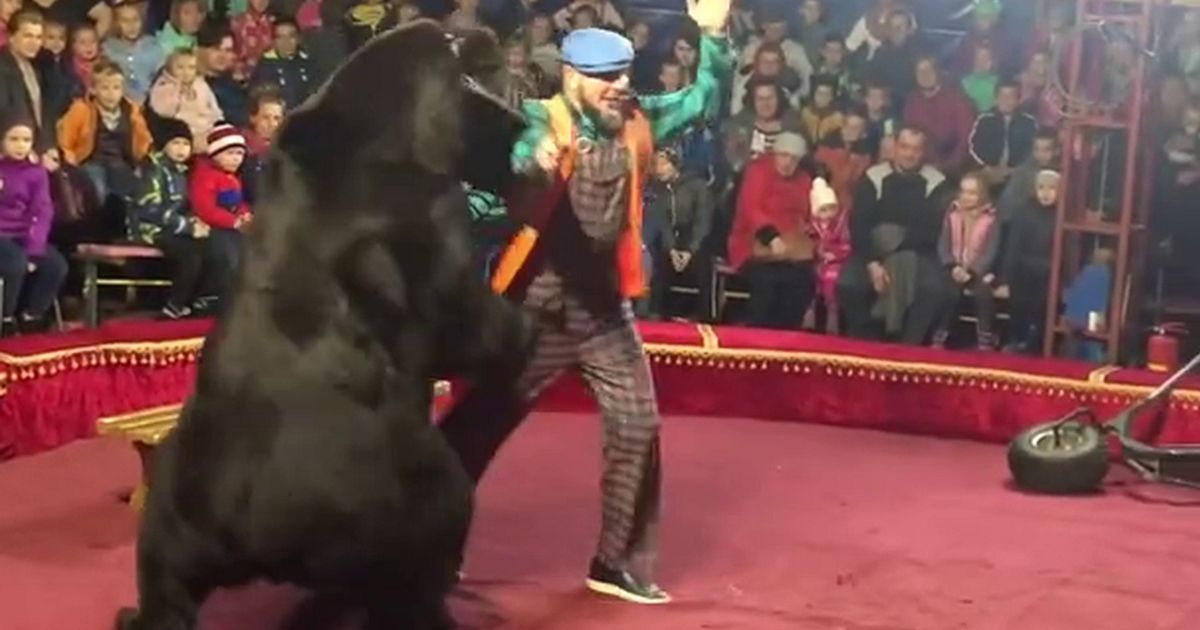 A 660-pound brown bear threw its handler to the floor and mauled him in front of a crowd at a circus in Moscow this week, reports The Moscow Times.

Like all wild animals used in the circus this bear is kept in captivity and trained to do dumb tricks, like pushing a wheelbarrow around a stage while a clown cheers him on and little kids in the crowd shriek in delight.

Well this week, this bear finally had enough:

I don’t know why anyone would be surprised that a wild animal could behave like this while in the captivity of humans. Same thing as when lions attack people who jump the fence at the zoo or those idiots that end up being attacked by their illegal pet tigers – they’re just not designed to be controlled this way.

The handler escaped the mauling without serious injury because his colleague kicked the bear and prodded it with an electric stun gun.

It’s a wonder why anyone even goes to the circus anymore, although I guess this is Russia we’re talking about and they’ve even got bears riding in traffic:

To watch a Swedish badass expertly demonstrate how you scare off a bear that’s attacking you, click HERE.