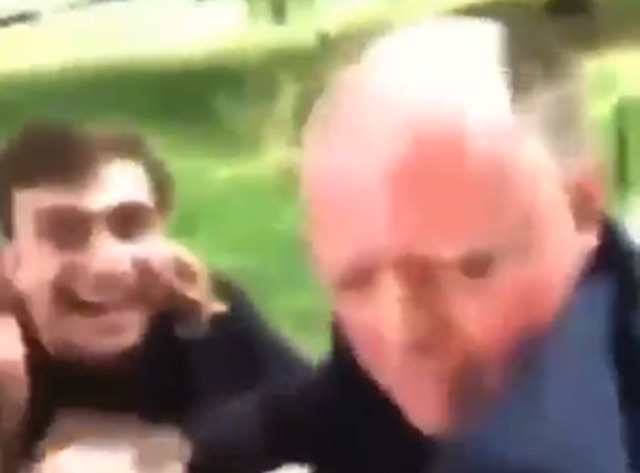 It’s been well documented that a lot of people in this country were pissed off when it was announced that restrictions would be continuing for an extra month after the rise of the Delta variant over here, but I think some of the violence/harrasmnet that has erupted because of it really has been out of order.

The latest incident involves Chief Medical Officer Chris Whitty who is walking through a St. James Park on his own. Two men then start to harass him, begging him for a photograph before eventually putting him in a headlock.

He manages to break free from it, although he still looks visibly distressed that they’re still following him. Eventually some police come into shot and ask the men to leave him alone and the video cuts out.

Footage has emerged of Professor Chris Whitty being manhandled by two men in the street.

That is pretty uncomfortable and gross isn’t it, although I’m sure there are a bunch of anti maskers/vaxxers out there who think that it’s perfectly acceptable because Whitty has been lying to us for the past eighteen months so he can oppress our freedoms and inject microchips into us or whatever. Most people have roundly condemned the actions of these two men though and are calling for a police investigation into the matter, although the Met Police say that the men were already questioned and their details are already on file. Let’s see if anything happens.

For more of the same, check out when Chris Whitty got harassed on his lunch break earlier this year. Seems like he can’t get enough of it.