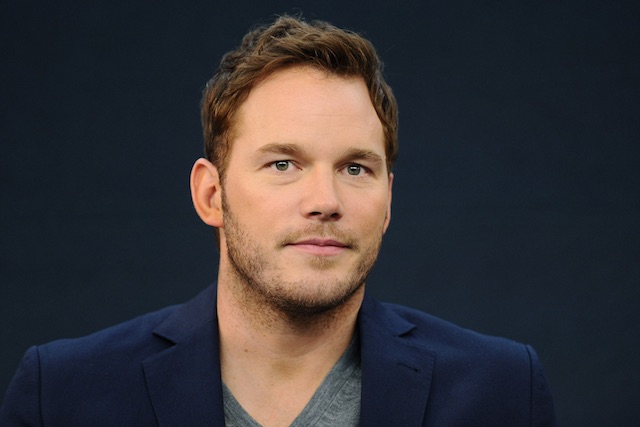 Turns out he’s a douchebag.

Tensions are running high over in America right now in the run up to the next Presidential election on November 3rd and every celebrity that speaks out about their endorsement risks being cancelled by the wrath of furious fans – or even if they don’t speak out in the case of Chris Pratt.

The A list star of ‘Guardians Of The Galaxy’ and ‘Jurassic World’ was involved in a weird Twitter challenge over the weekend, where users had to pick the best Chris out of himself, Chris Pine, Chris Hemsworth and Chris Evans. This led many people to out him as a Trump supporter, despite the fact that he’s never said anything to support this.

The initial evidence that people seemed to be presenting for this was the fact that he’s a major Christian and that most Christians tend to vote Republican and also the fact that he refused to take part in a Marvel/Avengers fundraiser for Joe Biden’s Presidential campaign. But then a whole load more information started coming out about him that really didn’t paint him as a very good person at all and this would seems to indicate that he’s probably a Trumper.

Here’s how furious and upset a few people were about his alleged ties to Trump, along with their reasoning:

remember chris pratt is a trump supporter and a part of anti- lgbtq + church….stan chris evans for clear skin pic.twitter.com/209uvdlQxm

opened twitter and learned chris pratt supports conversion therapy. this is NOT what the great emmet brickowski stands for pic.twitter.com/ht2gVagnc5

So. You just found out that chris pratt supports an openly h*mophobic church? pic.twitter.com/fLpiVC5ioF

Me after I’ve been saying for years that Chris Pratt is a trump supporter and anti-lgbtq+ pic.twitter.com/UVGadz7emU

Chris Pratt cheated on his wife and then decided he would be a born again Christian who goes to a church that supports conversation therapy. So stop acting like he’s someone special. He played great characters but homie is absolutely terrible in real life.

Chris Pratt being a Trump supporter is kind of obvious when he kills animals for sport & his father in law is a former Republican Governor. What took y’all so long to figure it out???

Yeah, I suppose the evidence really was there for us to see all along wasn’t it? It’s just so hard to believe when Pratt plays such likeable characters like Star Lord and whatever his character’s name is in Jurassic World. Crazy to think that he could be acting all the time in those roles and he’s actually a major douchebag in real life who cheated on his wife after he became more famous than her and supports gay conversion therapy. Just crazy!

Anyway, seems like even if Pratt isn’t a Trumper that he’s not actually that good a guy, so he probably deserves to be cancelled in any case. Sorry to break it to you guys, I gotta say I used to like the guy before I read all this too.

Maybe you can look past his failings and just appreciate the art, but I’m not sure that I can. Not so much that he’s a Trumper – although that’s fairly questionable in my eyes – but more the fact that he’s anti gay and cheated on poor Anna Faris after being married for like eight years or something. Not traits of a good guy.

For more of the same, check out when he once apparently mistakenly wore a white supremacist t-shirt. Maybe we should have known back then.