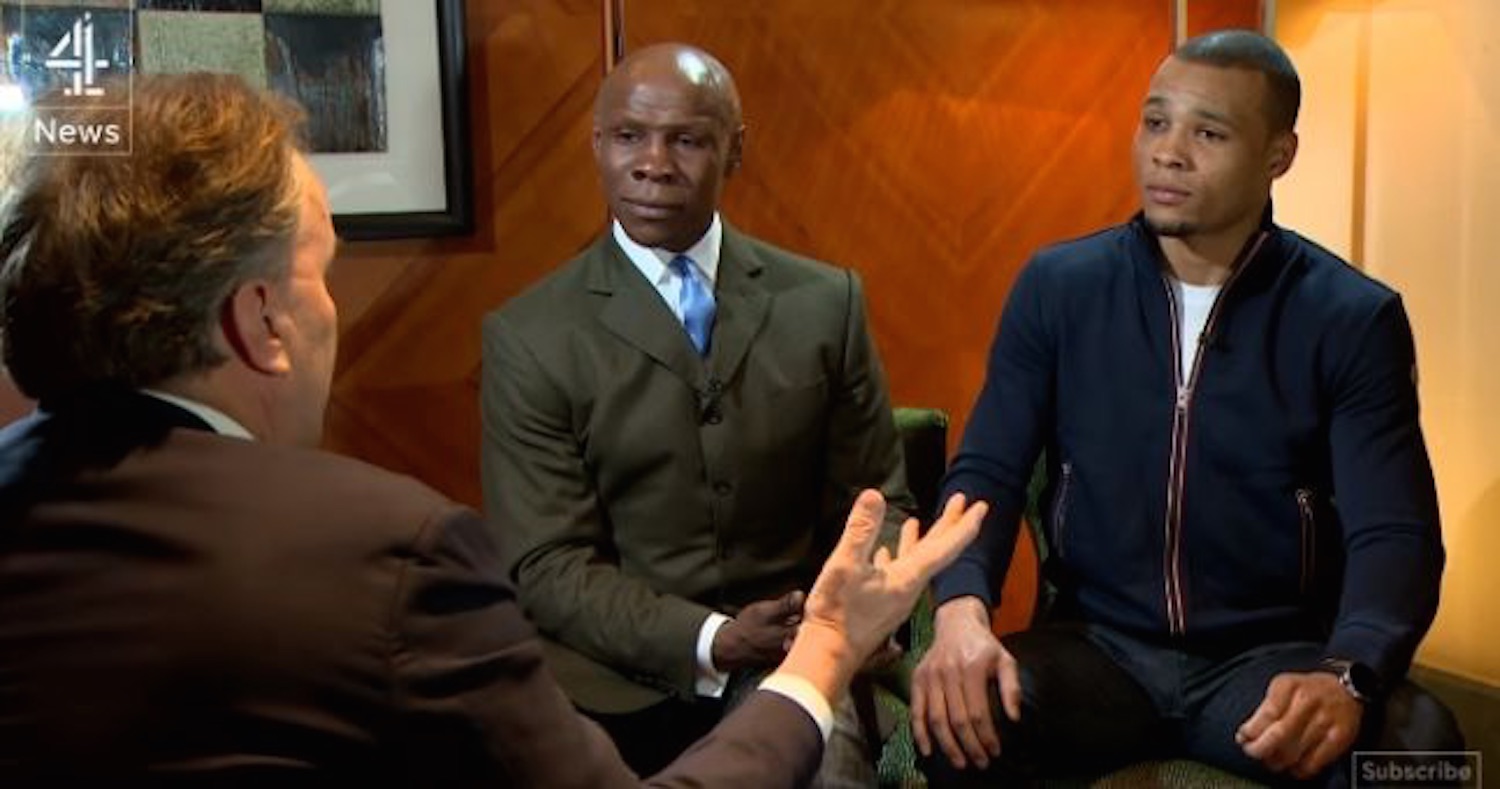 Channel 4 need to sort themselves out ASAP.

I’m sure that you probably heard about the outcome of the Chris Eubank Jr Vs Nick Blackwell boxing match over the weekend, but in case you didn’t here’s a quick recap: Blackwell got so battered by Eubank Jr that Chris Eubank told his son to stop going for his head because he might do some permanent damage. Even though Eubank Jr followed his father’s instructions and eased off, Blackwell left the fight on a stretcher and is still in an induced coma at the time of writing. Doctors have since stated that the fight should have been stopped three rounds earlier.

Obviously, this incident has flashed the spotlight onto boxing again and just how dangerous a sport it can be and the Eubanks have been the centre of the media storm regarding this issue. However, they’ve been more than willing to speak candidly about what happened and generally handled themselves with dignity since the fight, even in the face of horrendous questions like these from Channel 4 interviewer Matt Frei.

He deliberately asks questions designed to gain controversial quotes from the pair, most notably when he asks both of them if they would rather they had their titles or had not placed men into comas because of it. How are you even supposed to answer that – it seems fairly obvious you wouldn’t want to place someone in a coma under any circumstance, but when you spend your whole life training to reach the top it’s unlikely you’re going to want to give that up either is it?

Channel 4 is fast becoming known for asking awkward leading questions like these and trying to get a rise out of the people that they’re talking to with recent interviews with Quentin Tarantino and Robert Downey Jr more than enough evidence of this. Sort it out guys.