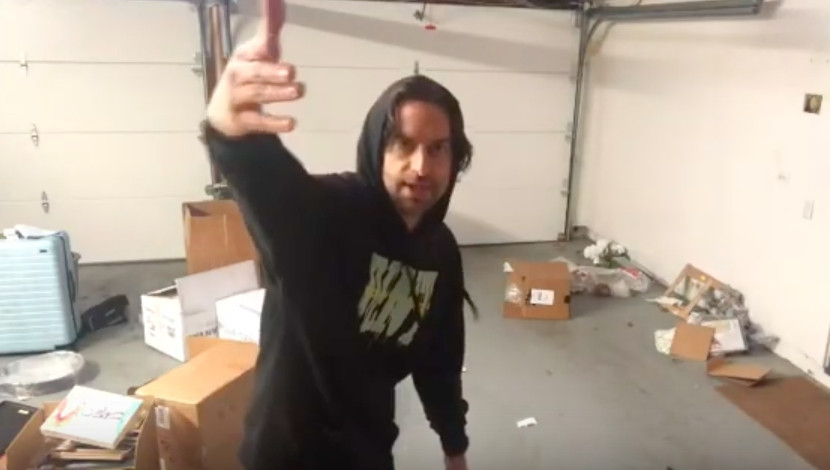 We featured a Chris D’Elia impersonation of Eminem a few months ago on the site and it was legitimately hilarious, so it’s great news that he’s come back with a full version of it that exceeds all expectations.

Eminem recently released an 11 minute freestyle to go with his new film Bodied that you should probably check out if you haven’t watched it yet before looking at this video. It’s kinda like the one he did about Trump as well, where he just kinda walks around a lot thinking up a couple of rhymes, busting them out and then thinking up a couple more and doing them.

It’s kinda weird because there’s no beats or music but it’s still pretty rad and Chris D’Elia seems to have got the formula down massively as he paces around his garage spitting out two line rhyming couplets. It’s even funnier when you look at the bottom right of the screen and see that his dog is watching on, completely bemused by the situation.

Jokes – can see why Chris D’Elia is a professional comedian but he should really just get a job as an Eminem impersonator or body double for his shows/public appearances or something. Could be a lot of money in a job like that for him.

For more of the same, check out his previous impression. Maybe even better than this one.