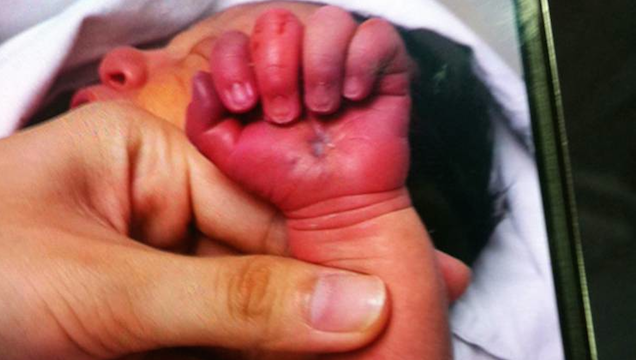 The global cannibalism epidemic has taken another dark turn.

Cannibalism has been a minimal yet popularised problem across the world over the last couple of years, with accusations of people eating each other’s faces in Miami and baking each other into pastries in Brazil, but it’s gone up a notch with this news emerging from Shenzhen in Southern China.

A 24 year old woman named Li Zhenghua has been accused of biting her newborn baby’s arm and trying to eat it as she recovered in a hospital ward after child birth. A nurse found her with her teeth locked around the baby’s arm in a vice like grip that she refused to break, and could only eventually be prised off thanks to a combination of sedatives.

As you can see from the picture below, it looks like she did some damage: 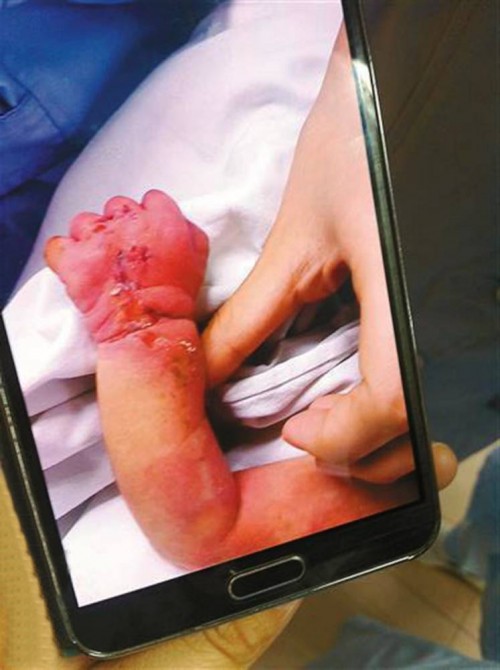 Although there isn’t really any excusing this kind of behaviour, Zhenghua had been thrown out of her parent’s house following the discovery of her pregnancy and was living on the streets at the time she went into labour, which might mean that she wasn’t in the best of mental states leading up to these actions. Still, you’re going to have to be pretty messed up if you’re trying to eat your baby and I’m not sure if even living on the streets for a while could do that to you.

A hospital spokesman had the following to say on the incident, whilst also promising that a thorough investigation into it would be conducted:

It was really shocking, the arm was badly damaged and suffered not only heavy bruising but bleeding as a result of the bite.

Fortunately, doctors managed to insert something to stop her closing her teeth and then levered her jaws apart.

After that they gave her a sedative and took the baby to a secure location.

They’re also debating whether to give the baby back to her mother. I’m not sure why there’s a debate about that because I definitely wouldn’t let her anywhere near it, but hey I’m not Chinese so what do I know?