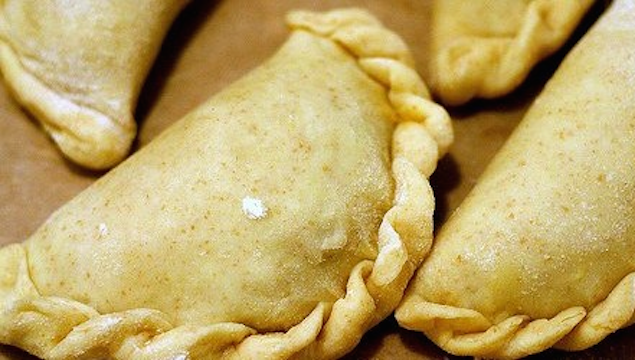 Sweeney Todd in the southern hemisphere.

Three people are currently on trial in Garanhuns for killing two women and then baking their flesh into pastries and selling them to their neighbours. Sounds delicious right? I’d much rather prefer human flesh in my empanada as opposed to a boring ass traditional filling like chicken or tuna. Just makes so much more sense when you think about it.

The ring leader of the plot seems to be a guy called Jorge Beltrao Negromonte who managed to convince his wife and his mistress to help him with his plan. As messed up as this is though you’ve got to give the dude props for managing to convince two people he was sleeping with to commit murder with him. I suppose he needed to make sure he had a good pastry chef involved with the conspiracy though.

The three of them stated that they were members of a cult that revolved around the purification of the world and the purification of its population. Again, it sounds like Jorge was the ring leader of this too as he also wrote a book called ‘Revelations Of A Schizophrenic’ that detailed his manifesto as well as his thoughts of murdering women. The book was found in his home after police raided it when one of the victim’s credit cards was used and flagged.

They also found the two women buried in the garden. The three members of the cult had lured them in by pretending they were hiring a nanny. I’m not sure how the revelation that they had baked their flesh into pastries came about as I doubt they would just offer that information freely, but clearly the cops managed to get it out of them. The three of them are standing trial now and if found guilty – which I’m sure they will be – then they’ll face 30 years in prison.