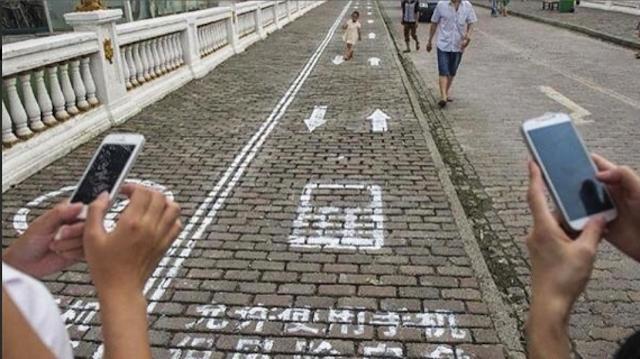 To be honest it’s kind of surprising this hasn’t happened all over the world yet.

China have implemented a new system to stop people who are walking and texting from walking into people and generally fucking everything up like in this video.

It’s happening in the city of Chongqing where they’ve decided to implement the first ever lane for people to walk and text in. It’s a 100 foot stretch of pavement that has a bunch of giant signs warning people to walk in the right lane and watch out for what they like to term ‘zombie pedestrians’ – presumably because they’re pretty mindless when they’re in the texting zone. Next to this lane is another one which clearly states ‘no cellphones’. 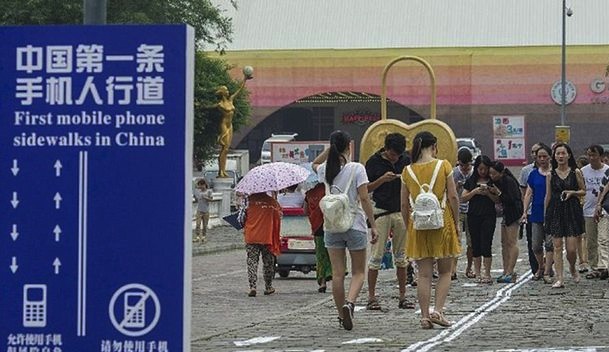 There are also a bunch of large signs in the area which announce ‘China’s first ever mobile phone sidewalk’ with directions telling you how to get there. Apparently it isn’t real though – well it’s real in that it exists, but not for the reasons that it’s describing as it was actually set up by local officials to remind pedestrians that it’s best not to play with your phone whilst walking.

To be honest, the special lane wouldn’t even do that much because if people were still playing with their cell phones then they’re just as likely to walk into each other, especially if they’re all on their phones. Sure, it might save other people who are actually paying attention to where they’re walking, but in any case if they’re paying attention then they aren’t going to walk into people messing around on their phones, they’re just going to scoot around them. Useless invention basically.