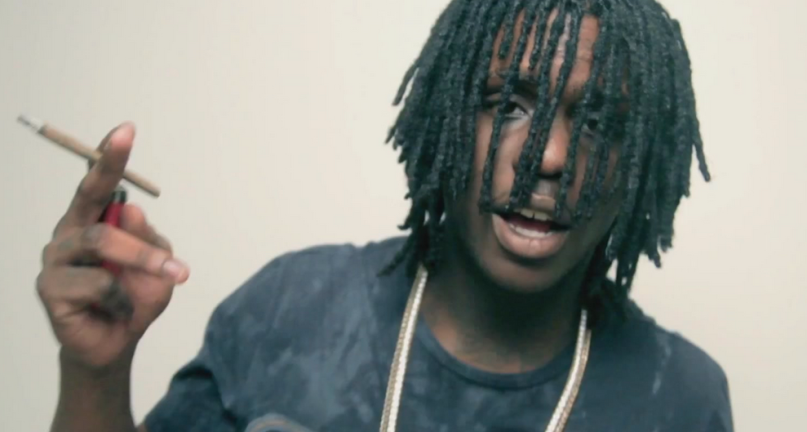 ‘North West’ is an A+ baby name compared to what Chief Keef just came up with.

Remember that rap imbecile Chief Keef? We wrote about him once when he threatened to murder Katy Petty on Twitter a couple years back.

Well his spokesman has just revealed that he’s named his newborn son ‘Sno Filmon Dot Com Cozart’ — as a means to promote his next album.

The baby’s middle names reference Keef’s recod label’s web address, though he’s not commented on the thought process behind the first name.

Alki David has announced that Chief Keef and his newest baby mama have agreed to name the newborn Sno FilmOn Dot Com Cozart in order to promote the release of Sosa’s double album Bang 3 with FilmOn Music and MondoTunes on September 18.

Alki David is the billionaire heir to a Coca-Cola bottling fortune who runs a hologram production company. He’d arranged a run of hologram shows featuring Chief Keef recently but they were cancelled.

So, either this is the most brilliant genius marketing move of all time, or the dumbest thing we’ve ever heard of. Oh who are we kidding? It’s beyond dumb. Then again maybe Chief Keef realises that most of his money will now be going towards raising his newborn son, so maybe it’s smart in that he’s using his son to make money from literally the moment he’s born? Can’t knock the hustle on that one. That baby’s clearly going to have to learn to earn every penny.

Probably time for eBabyNames to update their list of the official top 10 worst baby names.