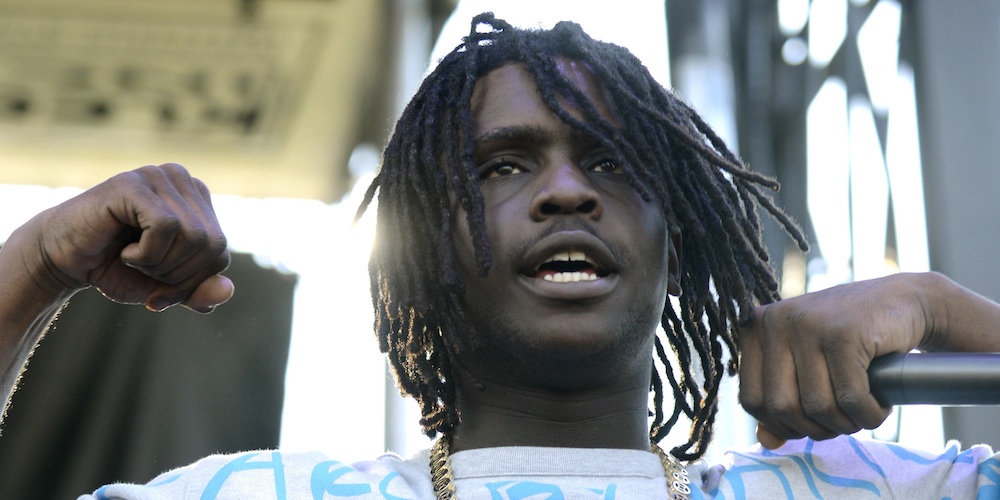 Pretty much standard practice from this guy.

Chief Keef is absolutely mental so his latest actions probably won’t be a surprise to many people: he’s Tweeted the address of a random house in Minneapolis to all his followers and encouraged them to vandalise it. You can see a screenshot of the Tweet below (it’s since been deleted): 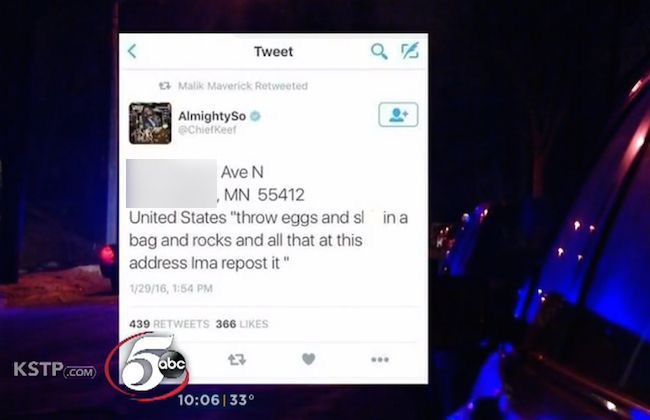 Oof. Bet you wouldn’t want to be living at that house considering 1.1 million people could potentially now be targeting it.

Apparently there are three college-aged women living there and they haven’t got any idea why Chief Keef has decided to target them, but they all (unsurprisingly) have said that they fear for their safety following the tweet. Here’s what one of them named Ashley had to say:

I’m fearing for my safety. I have two other roommates that aren’t able to come home tonight because of this, and it’s not going to end tonight.

Social media goes on forever. You could re-tweet this in four months and throw eggs at my house.

You have a lot of say in what goes on in the world, being so famous, that this is just kind of sickening in what you do with your time, and if you’re going to put a hit on a house, you make sure that they live there.

Well yeah, quite right, providing that she’s telling the truth and she hasn’t done anything to beef with Chief Keef. Even if she had, it’s not exactly a very mature or responsible way to settle an argument, in fact it’s downright diabolical. But we don’t really expect anything less from Chief Keef, do we?

Chief Keef fans have uploaded videos and photographs of them driving past it, although nobody seems to have actually egged it or anything as there’s a big police presence around it, as you can see in the video below:

Messed up. I don’t really know how this problem can be solved though, because like Ashley said even though the Tweet has been deleted there are still screenshots out there of it and her address, so it’s unlikely that it will ever stop unless Chief Keef actively calls for it to stop. And it’s unlikely he’ll do that either. Hopefully they don’t end up having to move or anything because of it.

It’s complete bullshit basically from Chief Keef but he’s an asshole so there you go. If you need anymore evidence of how weird Chief Keef is, then check out what he decided to name his recently born son.