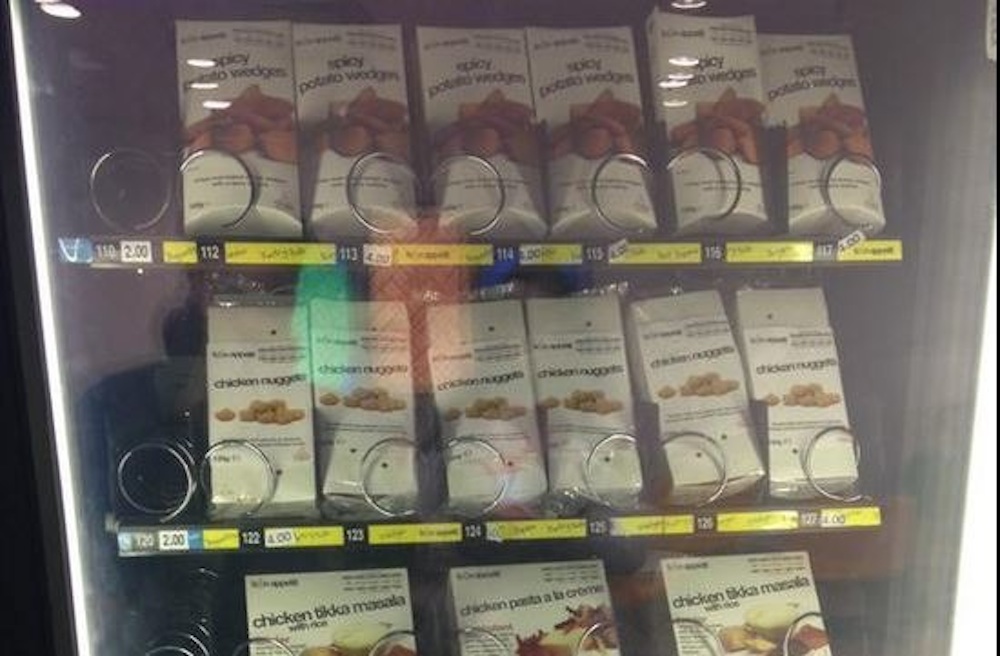 Chicken nuggets are definitely one of my favourite foods and I’m sure that a lot of people will agree with me on that one – there’s just nothing like eating a few nuggets and dipping them in some BBQ sauce or mayonnaise, right?

So it’s no real surprise that with the advent of vending machines that sell pizzas, chips and weed that someone has invented a chicken nugget vending machine. It might be kind of surprising that the only one we’ve been able to track down so far is in Great Ormond Street hospital though. It does kind of make sense though because nobody likes going to the hospital, because the one thing that might make a trip to the hospital better (or slightly less bad) is eating chicken nuggets, right?

The discovery was made by one hospital visitor who couldn’t hide their delight and immediately had to post the evidence on Twitter: 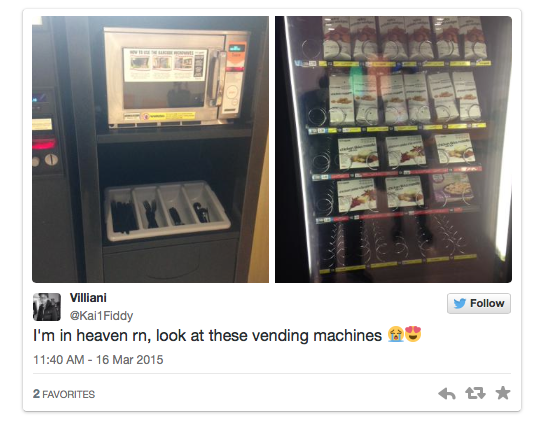 As you might be able to see from the photograph, the vending machine also comes with options to get potato wedges AND chicken tikka masala, so you can pretty much have a completely sick meal from it if you’re so inclined. There’s also a microwave attached to the machine so you can heat them up so they’re not cold. Perfect.

Of course, these probably aren’t going to be the best nuggets or wedges you’ve ever tasted, but the very fact that this even exists is something to get excited about, as the way that technology seems to develop these days it probably isn’t going to be too long until you’ll be able to get some absolutely delicious nuggets from a vending machine. We can’t wait.