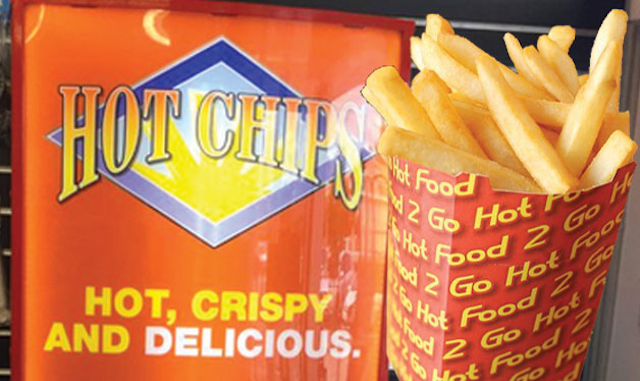 One for the stoner crew.

One of the great faults of vending machines has always been that you can only get cold snacks like crisps and chocolate bars from them, and sometimes you really just want some chips or a burger or a pizza. Alas, the only place open in the station late at night is the vending machine and it just doesn’t cater for what you’re after.

Well, as with the pizza vending machine, the future is here yet again and a company from Perth in Australia has developed a vending machine that will cook you hot chips in under two minutes. The company is called Hot Chips (naturally) and is all set up and ready to go.

They’ve spent the last five years developing the technology to create the perfect cup of fries given the time constraints, and now they’re ready to mass market the machines all over the world. The chips have already been fried and then frozen, and the machine heats them up again for you in two minutes after you’ve deposited your money. They then come to you served in a little cup, with your choice of condiments including chicken salt and ketchup. 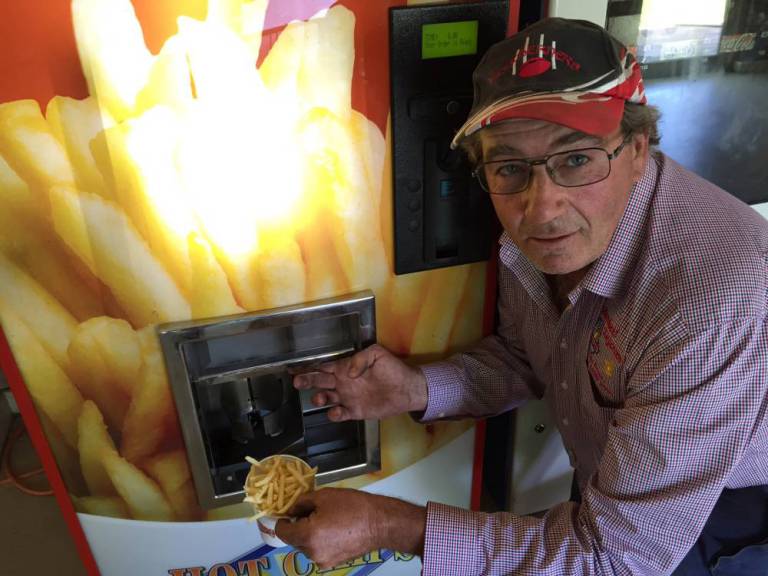 The CEO – a guy called Peter Malone who sounds like an Australian redneck but is obviously very smart – explained it in layman’s terms in case you haven’t understood me:

It’s robotic technology delivering a cup of hot chips cooked in approximately two minutes to the user, who puts their funds in the front of the machine and get a cup delivered through a hatch.

So there you have it. The vending machines are currently being trialled in Adelaide and Perth, before a national rollout planned for Australia later in the year. Then they’re going global. Expect a bunch of fights to be happening around one at the end of your night out towards the start of 2016. 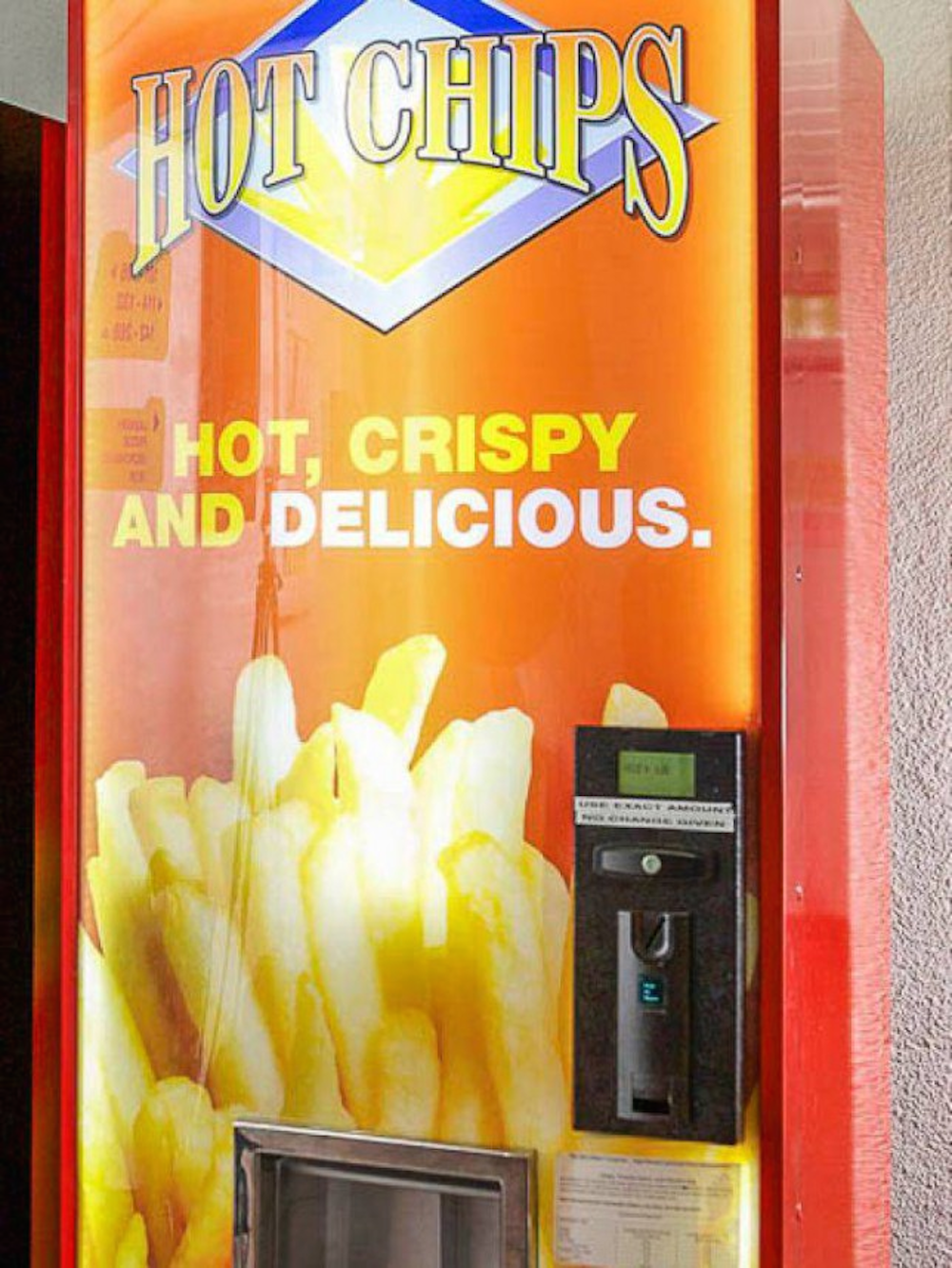