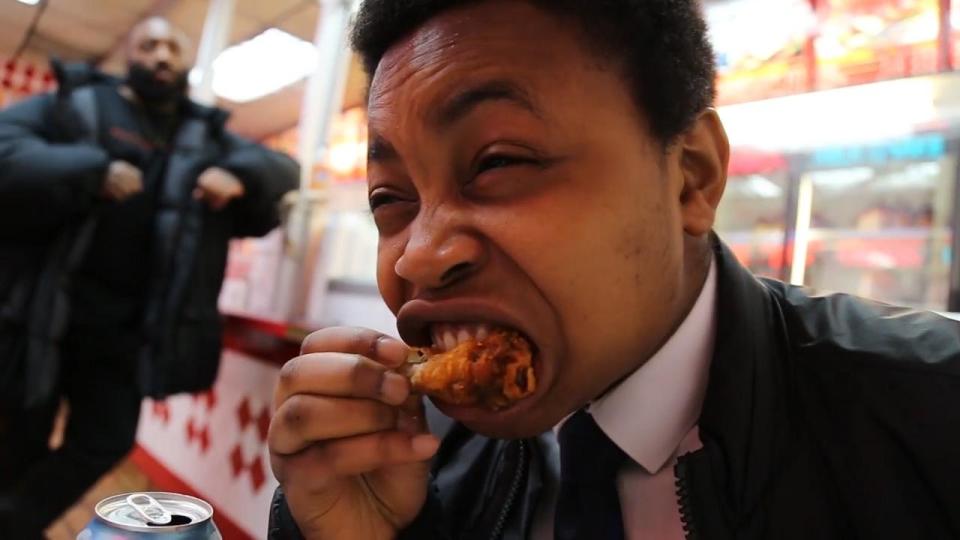 The other candidates are chickens.

Jeremy Corbyn seems to be the favourite underdog in the upcoming election, due to the fact that he goes against the grain of pretty much every other leader we’ve had in the UK over the last couple of decades.

This is perhaps why he is considered a voice of the younger generation. He’s now even got the backing of UK grime artists including Stormzy and JME, leading to the hashtag ‘Grime For Corbyn’ trending on Twitter.

And now another representative of youth culture in the UK has come forward to offer up their support to Corbyn and that person is the Chicken Connoisseur. OK, so they might not exactly have A-List celebrity status, having found fame from doing YouTube fried chicken reviews, but Elijah Quashie is a funny fucker and he spoke the truth in his recent interview with Fader. When asked whether he would vote in the election, he replied:

Probably. If I was then [it would be for] Jeremy Corbyn, because he’s one of the few people who makes sense.

He’s not sneaky, he’s just a regular guy saying, ‘It’s dumb spending too much money there, we should spend it here.’ It’s all common sense.

The dude talks sense. Cheers Quashie for offering up your solid opinion. To read about why you should 100% vote in the upcoming general election, click HERE.